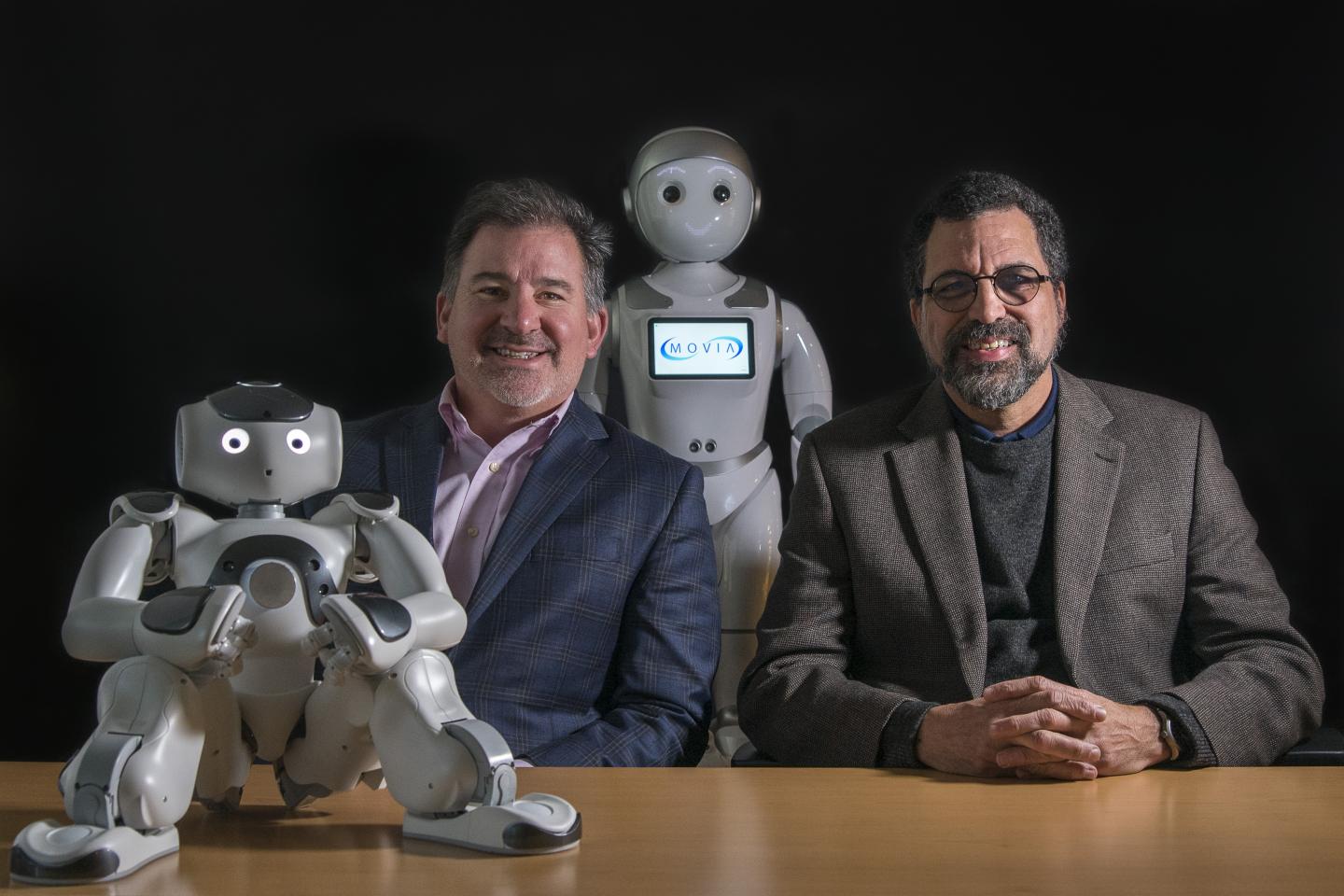 Although humanoid robots are far from as common as industrial robot arms or mobile platforms, they are showing promise for a variety of applications, including therapeutic uses. Bristol, Conn.-based Movia Robotics Inc. is bringing robotics into special education classrooms around the world.
The company, which has roots at the University of Connecticut, has developed technology to help children on the autism spectrum with social skills, learning readiness, and academics.
“As far back as the 1970s, research has shown that children with special needs respond well to robots and that their interactions are effective,” said Tim Gifford, president and chief technical officer of Movia. “Adults and other children can be very off-putting for an autistic child. Interacting with the robots is more consistent, simpler, and is never judgmental. It makes interactions less stressful.”
Robots also have a “coolness factor” that makes them attractive educational aids for kids and adults, whether or not they have special needs, he added.

Gifford had the initial idea and began developing Movia’s technology in 2008 when he was researching social robotics as a grant-funded researcher in UConn’s Institute for Collaboration on Health, Intervention, and Policy (InCHIP). His wife, a teacher, noted the scarcity of trained therapists to handle what seemed like a surge in autism diagnoses. Gifford thought his research could help.
Using his background in business and technology commercialization, Gifford knew he could accelerate this idea with UConn’s assistance. He brought the product idea to the technology transfer team within UConn’s Office of the Vice President for Research to help protect his intellectual property and to advance the technology.
“This was always our goal — to take this out of the lab and into the classroom. But we knew we needed a strong management team to make that happen and UConn helped connect us with the right people,” Gifford said. “Making a commercially viable product that was both robust and easy to use was the surest way to get it into the hands of as many schools and students as possible, where it could do the most good.”
Over the past several years, Movia focused on developing a viable and robust, semi-autonomous platform that requires little intervention from the teacher. Gifford said he is confident the company will greatly expand this core capability and add autonomy, using the Internet of Things and advanced sensor capabilities to enhance its offerings.
“With the implementation of the IP we developed at UConn, the robot is able to run the process in a semi-autonomous fashion, and the teacher or therapist is able to devote even more attention to the children, their progress, and documentation,” said Gifford. “With this semi-autonomous capability, schools can treat as many kids as needed. It’s a much more streamlined approach.”

Gifford and his business partners have been growing their company in Connecticut and beyond. So far, Movia has licensed the use of its software to the Bristol, Suffield, and Wallingford school systems, where it will be used for special education with about 75 students.
The company has also licensed its technology to manufacturers that make and sell robots to schools nationwide and in Canada to reach a global clientele.
Most recently, Movia and its distribution partners, Bolat Group LLC and RobotLAB Inc., got a major boost having won a $6.4 million contract from the U.S. Department of Defense Education Activity (DoDEA) to help military families with autistic children. Movia’s software will be used in bases around the world to enhance communication, social interactions, and executive functioning for children in the DoD schools on bases all around the world.
“We’re really excited about this new contract and what it means for the future of our company,” stated Jean-Pierre ‘JP’ Bolat, CEO of Movia. “This accelerates our tech development roadmap and will allow us to fully deploy additional innovations originating from Tim’s time at UConn.”
“An idea with roots at UConn is now having tangible, positive impacts for families in our state and those serving our country around the world,” said Radenka Maric, vice president for research, innovation and entrepreneurship at UConn and UConn Health. “Movia Robotics exemplifies the types of innovative companies that UConn is committed to helping succeed and grow in Connecticut.”
One day, Gifford said, he hopes Movia’s technology will become accessible enough for families with special needs children to have a robot right in their homes.
“Ultimately, this system is about how people and robots can work together,” he said. “The fact that our technology and our business can help improve academic and social outcomes for these families is what keeps us going.”
Retrieved from: https://www.therobotreport.com/movia-robotics-offers-help-children-autism-dod-program/
Share: