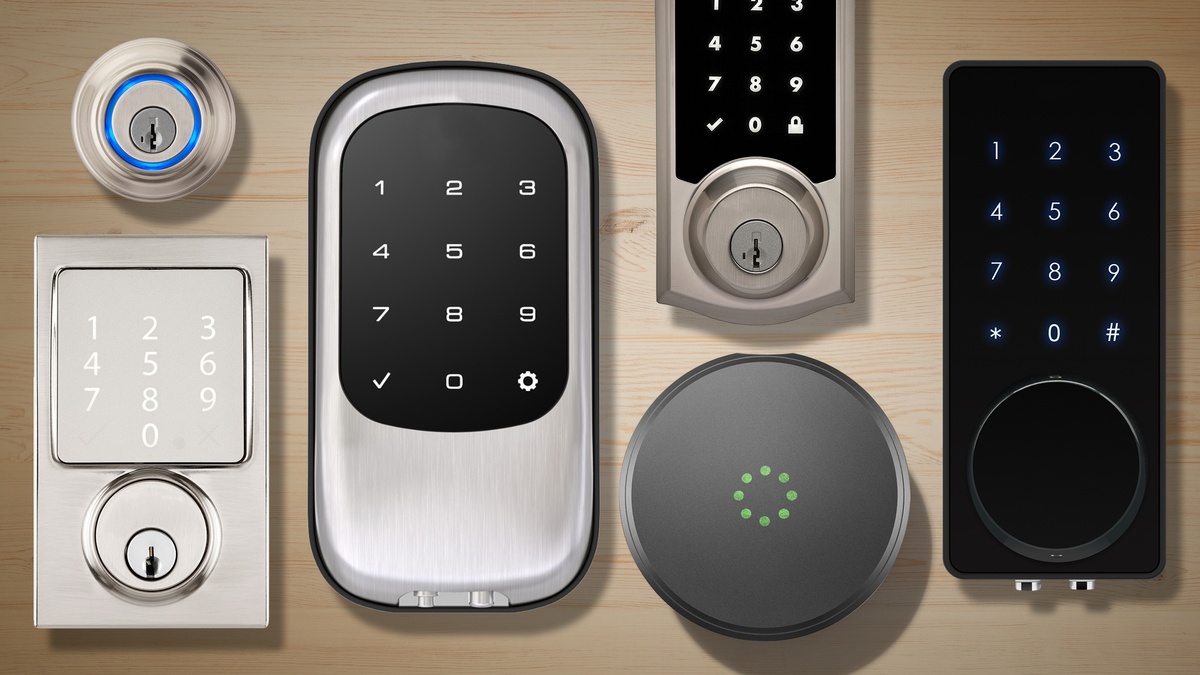 While traditional lock-and-key systems have improved over time, the basic mechanism hasn’t really changed since the first lock was invented more than a thousand years ago: A piece of metal that is just the right shape pushes pins inside a lock into the proper position, allowing the lock mechanism to turn. As a society, it’s been tough to replace a system that has worked reasonably reliably for literally a millennium.

You can thank the hospitality industry for finally pushing locks into the digital age. Hotels learned long ago that keys are easily lost, expensive to replace, and simple to bypass, as thieves can pick locks or simply make copies of a key to allow for unfettered future access. On the flipside, hotel guests have readily accepted key cards (and in some cases, smartphone-based solutions) as the primary means of getting into their room. The electronic solution is just so much simpler. Lost hotel key card? Replacing it is no big deal.
But the biggest benefit of electronic entry systems is that they are highly configurable. Digital locks can be changed at a moment’s notice (which is why that old hotel key card in your wallet isn’t good for anything), and the property owner can generate a record of when each door was opened. In a more advanced setting, different keys can be generated for the same lock, so a homeowner can tell when each member of the family came in, or when the housekeeper arrived. Whether you have a teenager that tends to break curfew or merely want to give temporary access to houseguests, service providers, or Airbnbers, smart locks are an incredible upgrade over the old way of doing things. Ready to make the jump to smart lock technology? Here are our top picks of the market at the moment. We’ll be adding more reviews to this story as time goes by.

Updated February 25, 2020 to add our Wyze Lock review. This is a decidedly budget-priced, no-frills converter for an existing deadbolt, but its $100 list price (you can grab one at launch for $10 less) makes it an exceptional value because it includes a Bluetoioth-to-Wi-Fi bridge that is typically an added-cost option from other manufacturersl. The Wyze Lock is good enough to be our new runner-up in that category.

The Schlage Sense smart lock may not win any awards for attractiveness—or ease of installation, given the two dense instruction manuals that must be followed—but if you really want to secure your home with a smart lock, and have faith that it’s actually working, this is the product to get.
What if you’ve lost your phone? You can open the lock via an illuminated, smudgeproof numeric keypad or with a physical key. A recent update added the ability to unlock the door with a voice command (you’ll need to speak a PIN code you set up to complete the action). Schlage added the same feature to the similar Schlage Connect.

A close runner-up to the Schlage Sense is the very similar Kwikset Premis, which also offers a touchscreen keypad, keyed entry, and HomeKit compatibility. Even without an Apple TV, you can use Siri to tell the Premis to open and close; this all gets set up during the initial installation. The app is simple and streamlined, though that comes at the expense of more advanced features, like geofencing and the ability to set individual access schedules. The Premis feels a touch less sturdy than the beefy Schlage, but if a less obtrusive (and a bit more simplistic) lock is more to your style, it’s a no-brainer.

Our clear favorite for retrofitting an existing deadbolt with a smart lock is the brand-new August Smart Lock Pro. Like the original August Smart Lock, the Pro is a classy, post-modern piece of hardware—the Nest of the smart lock space—that doesn’t just look impressive on your door, it actually does an awful lot, too. (Nest has since partnered with Yale to produce the Nest x Yale Lock.)
The streamlined installation process is one of the easiest in this group, and unlike our runner-up, once you’re finished it becomes a real part of your smart home, integrating with Alexa, Apple HomeKit, Google Assistant, the Wink Hub and Samsung’s SmartThings. What’s more, the August Connect Wi-Fi Bridge is now included in the price of the lock, and another new feature—DoorSense—informs you when your door is ajar.

Wyze Labs has a well-earned reputation for produce bang-for-the-buck smart home products, and its new Wyze Lock deadbolt converter is certainly no exception. Fit this device to your existing deadbolt, plug in the included Wi-Fi bridge, and you’ll convert your dumb deadbolt into a modern smart home device that can be opened with your existing key. While it lacks the polish of the much-pricier August Smart Lock Pro, you can’t argue with its less-than-$100 asking price.

What to consider when shopping

How do you pick a smart lock? (No pun intended.) This is a young and wildly immature space, and many products on the market are still extremely rough around the edges. Even top products can balk when dealing with old or stiff deadbolts, doors that don’t shut well, or environments where non-standard fixtures are in use. The bottom line is that it’s tough to declare that any product is universally perfect for every home. That said, here are some key considerations to take into account to help you narrow down your shopping list.
How smart is it? An important caveat to consider first: Some “smart locks” don’t work with a smartphone app or any smart home networking hubs at all; they’re really just electronic locks that use a code instead of a key to open up. One step up from that, you’ll find Bluetooth-only locks. These work with a smartphone app, but can’t be monitored remotely or via a smart home system. That’s fine if you’re looking to get rid of the keys in your pocket, but less impressive if you want to make your entrance portals a true part of your home network.
Replace or retrofit? You’re forgiven if you don’t want to replace your antique doorknob on your vintage Victorian with a metallic device that looks like it would be more at home keeping people out of a strip mall bank branch. A sizeable number of smart lock products don’t require you to replace all your existing hardware. Instead, they are installed on the inside of the door only, replacing only the interior part of the deadbolt. You can continue to use a standard key from the outside or open the lock via a smartphone app. 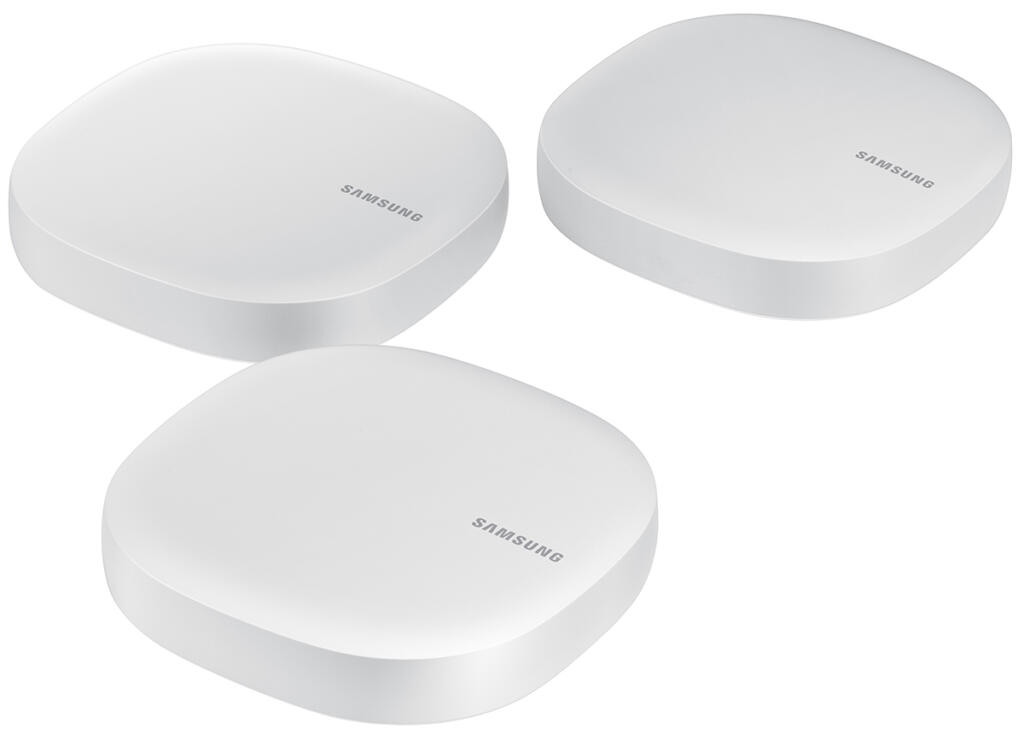 Smart home hub integration If you have an existing hub like the Wink Hub 2, Samsung SmartThings, or an Apple TV, you’ll want to ensure your chosen smart lock is compatible from the start. Many smart locks support Bluetooth, so they work with your phone, but lack the technology needed to connect with your home network. Some Bluetooth locks, like the Yale Assure system and the August Smart Lock, offer a radio module as an add-on to connect to your home network. If you’re using a smart home hub like the Samsung SmartThings or Wink Hub, look for a lock that supports Z-Wave or ZigBee, instead.
Alternate entry means Forgot your phone at the office? How will you get in the house? Physical key? Numeric keypad? Wait for your spouse to arrive? Myriad different approaches are available.
Power backup What do you do if the batteries inside the lock die—and you’re stuck outside? Some locks allow for emergency power to be applied should this happen. Yale’s Real Living locks feature external posts to which you can connect a 9-volt battery, giving you enough juice to get the door open. Other models retain the traditional key cylinder for backup.
Geofencing Bad about manually locking the door when you leave? A geofencing system automatically locks the door when it detects your phone has left the vicinity, and can be set to automatically open up when it finds you’ve come home.
Guest access features Most smart locks let you set up temporary keys for houseguests, which you can delete when they’ve returned home. Smarter systems even let you set time restrictions around when each access code can be used.
Retrieved from: https://www.itnews.com/article/3212828/best-smart-lock.html
Share: