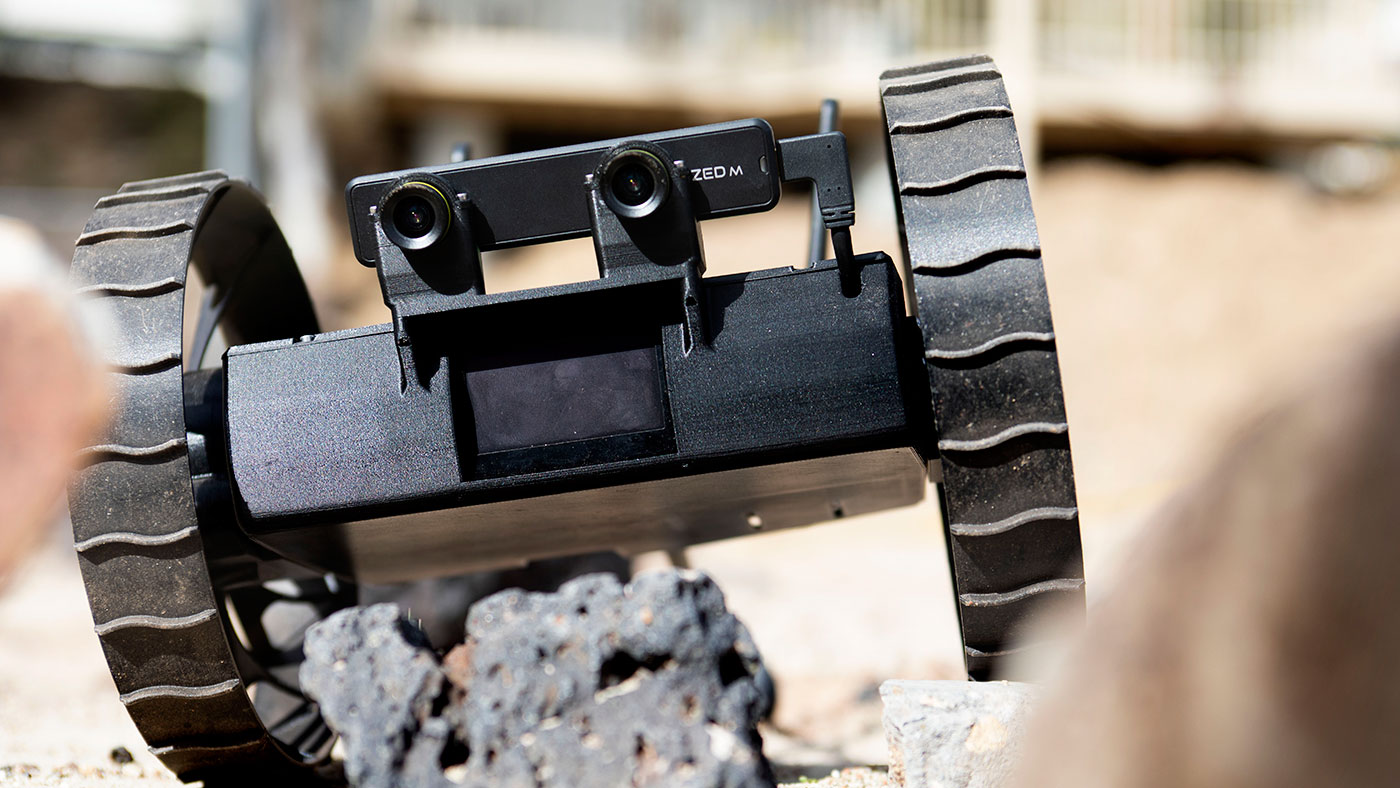 The newest edition of NASA’s small, foldable robots recently practiced their scouting skills and successfully traversed rugged terrain in the Mars Yard at NASA’s Jet Propulsion Laboratory in Southern California.
JPL developed the Autonomous Pop-Up Flat Folding Explorer Robot (A-PUFFER) to scout regions on the Moon and gain intel about locations that may be difficult for astronauts to investigate on foot, like hard-to-reach craters and narrow caves. A “pop-up” robot that folds into a small, smartphone-sized weight and volume can be packed into a larger parent craft at a low payload cost, then deployed on a planet’s surface individually to increase surface mobility.
This new iteration of A-PUFFER includes several modifications to the previous design. In addition to larger wheels, each robot has an upgraded onboard computer with a wireless radio for communication and a ZED stereo camera for sensing the environment in front of it. The video below demos the 2017 PUFFER model.
In February 2020, engineers began testing the upgraded A-PUFFER robots and their new capabilities. Because each A-PUFFER is small enough to fit in a shoebox, multiple robots can be deployed to work together and collaborate on their task. The team of three successfully trekked the sandy and rocky terrain of JPL’s Mars Yard while simultaneously mapping the environment using sensors. Their maps were shared with a base station and merged into an integrated map of the Mars Yard. Together, this system demonstrates a capability that could robustly map parts of the Moon that haven’t been mapped before.
“Collaborative, multi-rover autonomy has the promise to unlock new missions that are either too risky for a single rover or simply require more than one rover to achieve,” said Jean-Pierre de la Croix, the A-PUFFER project manager at JPL.
The robot was first introduced in 2017, and it’s body was inspired by origami. Jaakko Karras, project manager at JPL, was developing robotics based on natural forms, like animal and insect movement, as a grad student at UC Berkeley’s Biomimetic Millisystem Lab. The original design had four wheels, but it now has two wheels with treads that allow it to climb inclines. The wheels can also be folded over the main body, allowing A-PUFFER to crawl. A tail was added for stabilization.
NASA will continue to test the robots and their autonomous capabilities. A-PUFFER technology could make its way to the Moon on a commercial lunar lander in the next few years.
Retrieved from: https://www.therobotreport.com/nasa-a-puffer-robot-preparing-future-moon-missions/