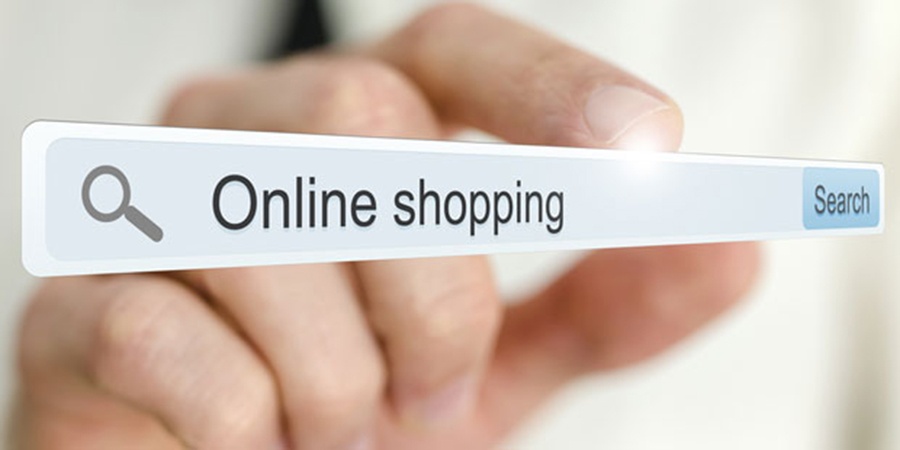 Merchants will be able to sell products on Google Shopping at no charge, thanks to changes that will take effect soon.
Previously, they had to pay per click, but the cost was not fixed. There was no minimum, but they had to set a maximum for ad spend and Google would stop displaying their ads once the maximum was reached.
Starting next week, search results on the Google Shopping tab will consist primarily of free product listings, said Bill Ready, Google’s president of commerce.
Existing Google Merchant Center and Shopping Ads users will be enrolled in the new program automatically; Google will streamline the onboarding process for new Merchant Center users over the next few months.
The changes will take effect in the United States before the end of the month. Google plans to expand them globally before the end of the year.
Google also is launching a new partnership with PayPal to let merchants link their accounts, in order to speed up onboarding and improve search quality, Ready said.
Further, Google is working closely with many existing shopping platform partners, including Shopify, WooCommerce and BigCommerce.
Shopify Chief Product Officer posted this enthusiastic tweet: 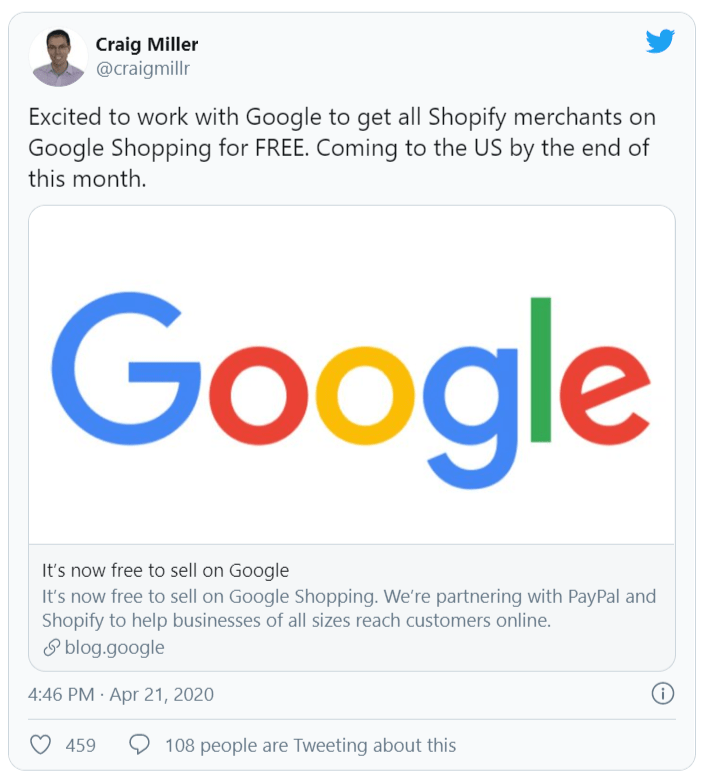 Google is just another channel for big e-commerce platforms because it integrates with them, notedMark Lewis, CEO of Netalico Commerce.

Shot in the Arm for SMBs

Now SMBs and smaller retailers “can potentially list more products without fear of running up the cost,” observed Liz Miller, principal analyst at Constellation Research.
Opening up Google Shopping also “helps expand the size and scope of Google’s marketplace, adding more opportunity for discovery and delight, which is certainly a perk of browsing broad search terms on something like Amazon,” Miller told the E-Commerce Times. “Who knew you needed a tea strainer that looks like a manatee had you not searched for ‘tea’?”
That will let Google “expand the base to upsell into showcase shopping ads or more engagement-based premium ads,” she noted.
It’s also a way to add opportunity in a category where revenue has begun to lag, Miller remarked.
“As Google was seeing more opportunity in their cost per engagement models across things like Showcase, you had a situation where more house ads were taking up residence in the Listings,” she said. “Why not open up, increase the perceived size of your virtual mall, and expand the sales opportunity by approaching these new listings in the marketplace with ways to make their placement deliver even better results?”
Opening up Google Shopping gives SMBs another sales channel for their products, Netalico’s Lewis told the E-Commerce Times. “Particularly as it becomes harder and harder to rank on Google organically, anything you can do to highlight your products on Google is a good thing.”
However, removing barriers to entry — such as cost — is a mixed blessing, because it could “increase the competition on Google Shopping and decrease the overall quality of the listings,” he cautioned.
That said, if Google can maintain the quality of the listings, that will “provide a valuable opportunity for Google to act as an e-commerce search engine — something which Amazon has been dominating lately,” noted Lewis.

Opening up Google Shopping is likely “a response to losing so much e-commerce market share to Amazon,” Lewis suggested.
Almost half of nearly 1,000 Internet users aged 13 and above said they typically would go to Amazon first when shopping for a product, according to a survey conducted last year. For those who normally shopped online, that figure was 58 percent.
Amazon “is now the go-to e-commerce search engine because it has such a wide selection of products,” Lewis remarked.
The coronavirus pandemic has boosted business at Amazon, which had to hire 100,000 new workers last month and now plans to add another 75,000.
Amazon restricted online shipments of nonessential products to its warehouse for a month beginning in March, in order to make room for products such as toilet paper and hand sanitizer due to skyrocketing demand because of the pandemic.
It resumed accepting nonessential product shipments last week.
In another move that hurt Google, Amazon sharply cut its purchases of Google Ads.
Further, Amazon has been attracting online ads at Google’s expense.

Fight for the Ad Market

Facebook and other players are nipping at Google’s heels as well.
The online ad market “includes players like eBay, who are looking to deliver greater impact, scale, scope and analysis of audience and buying behavior and intention,” Miller pointed out. “This is where new formats and more content-driven, image-driven and carousel-style formats have come into play.”
Google “has made smart moves in their partnerships, especially in helping big retailers tie in with point-of-sale inventory management solutions, so local feeds become more easy to manage and maintain,” she continued.
“While Amazon is driving advertising to drive e-commerce specific business, Google can go beyond and can also drive local sales, which will certainly become even more important when businesses start to reopen and look for speedy recovery,” Miller said.
That may be crucial. U.S. spending on search advertising will fall by between 9 percent and 15 percent in H1, 2020, according to eMarketer.
Twitter pulled back from its ad sales projections for March, which analysts believe fell by about 20 percent.
Facebook’s ad sales have weakened in countries aggressively fighting COVID-19, the company acknowledged.
It’s likely Google ad sales also have been hit.
However, online ad sales were falling before the pandemic, Miller said, and the coronavirus “just accelerated the fall.”
Retrieved from: https://www.ecommercetimes.com/story/Merchants-Now-Can-List-Products-on-Google-Shopping-for-Free-86627.html
Share: