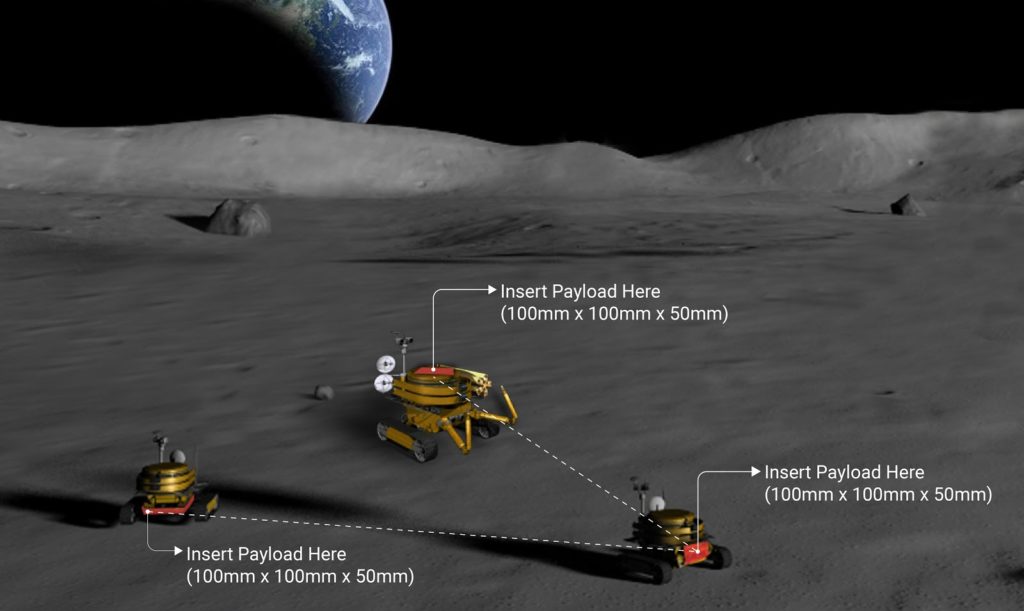 As humans prepare to return to the moon, they will need robots to help them find resources, evaluate the environment, build habitats, and conduct missions. The National Aeronautics and Space Administration and crowdsourcing leader HeroX today launched the “Honey, I Shrunk the NASA Payload” competition to find designs for miniature payloads that could be sent to the moon “to fill strategic lunar knowledge gaps.”
NASA said it wants to send small, robotic rovers the size of an iRobot Roomba vacuum cleaner to Earth’s moon. They would explore the moon’s surface in advance of the Artemis Program, which intends to land the first woman and next man on the moon by 2024. NASA plans to establish a sustained human presence on the moon in subsequent years.
Existing science payloads are too large, too heavy, too expensive, and require too much power for these rovers, so new, miniaturized designs are needed. The “Honey, I Shrunk the NASA Payload” contest offers the global science community an opportunity to participate the next stage of lunar exploration.

NASA, HeroX call for innovators to ‘think outside the box’

“We are calling on innovators to be ready and willing to think outside the box,” stated Niki Werkheiser, program executive of NASA’s Game-Changing Development Program. “This is an opportunity to contribute ideas to advance our understanding of the moon and its resources, which will be helpful for future missions.”
“Solvers around the world are understandably enthusiastic at the opportunity to contribute to a NASA mission,” said Christian Cotichini, co-founder and CEO of HeroX. “The ability of our community to solve such incredibly complex problems is a powerful case study for the capacity of crowdsourcing.”

The new scientific payloads must be designed, built, and tested in time for certain launch windows in 2022, so they need to “demonstrate near-term technical readiness, high impact, and the ability to integrate with micro-rovers,” said HeroX. Payloads must demonstrate Technology Readiness Level 3 or higher.
In terms of size, the miniaturized instrument payloads must be about the size of a bar of soap — 100mm x 100mm x 50mm, or 3.9 x 3.9 x 1.9 in., said HeroX, which is conducting the challenge on behalf of the NASA Tournament Lab and the Jet Propulsion Laboratory (JPL) in Pasadena, Calif.
The payloads must also be able to withstand external temperatures ranging from -120° to +100°C (-120° to +212°F) and have a maximum mass of 0.4kg (14.1 oz.). The available power is 4W, with possible solar recharging. Multiple rovers are expected to be used. More mechanical, materials, radiation, and data requirements are available in the “Small Lunar Payload Users Guide” from JPL.
The work is part of the Commercial Lunar Payload Services program, which is not only searching for sensors, but is also looking for new technologies, experiments, and instrumentation. NASA hopes to identify and characterize lunar resources such as regoliths containing water, carbon dioxide, or methane for in-situ resource utilization (ISRU). It also intends to use robots to gather and analyze data on lunar polar resources and solar and other radiation.
Rover autonomy, the use of machine learning, and corporate partnerships are under consideration. Advances in miniaturized payloads could also be useful for resource exploration of asteroids, Mars, and the outer solar system, as well as future human spaceflight. 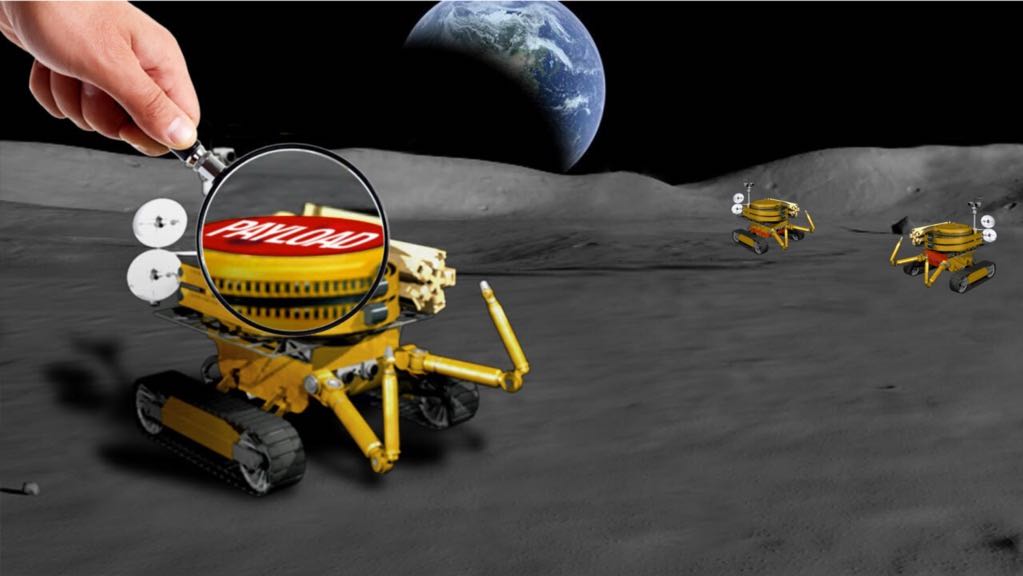 The “Honey, I Shrunk the NASA Payload” competition is open to anyone aged 18 or older, and individuals and teams from academia and industry are welcome. Participants can originate from anywhere in the world, except for where U.S. federal sanctions apply.
HeroX said the challenge will award $160,000 in first, second, and third prizes across categories including “Lunar Resource Potential” and “Lunar Environment.” First-prize winners will receive $30,000, the second prizes are $15,000 each, and third prizes are $5,000.
The ideation challenge will be followed by additional challenges to prototype, test, and possibly even deliver the miniaturized payloads. The goal is to “generate a maturation pipeline of next-generation instruments, sensors, and experiments that can be used for lunar exploration over the next few years,” said HeroX.
To submit a proposal, visit the challenge website. The competition is now in the pre-registration phase, and the submission deadline is June 8, 2020. Judging will close by July 10, and the winner will be announced on July 14.
Retrieved from: https://www.therobotreport.com/herox-nasa-crowdsource-design-miniaturized-lunar-exploration/
Share: