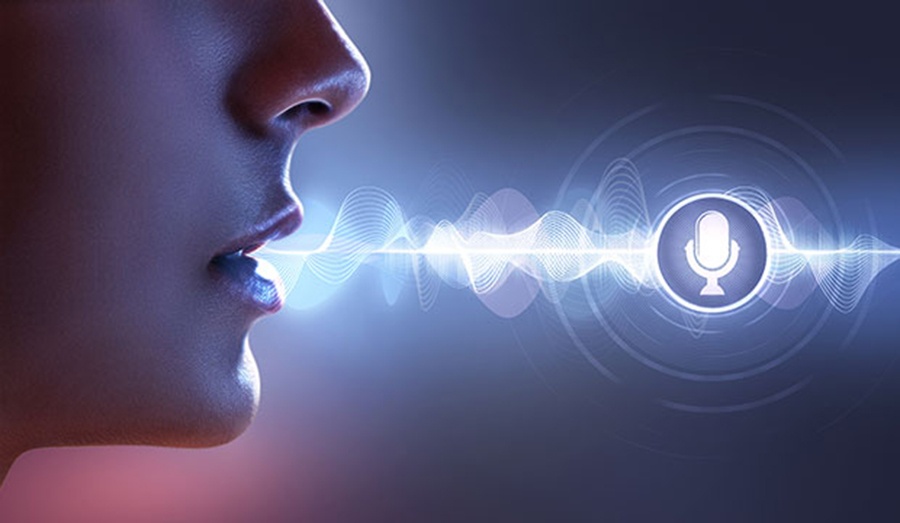 Join us for our live webinar where Stacy Chen, Senior Product Marketing Manager at Ekata will discuss some of the challenges businesses are facing when it comes to identity verification and how Ekata can help with fraud risk assessments. Register Today!
Google has undertaken a pilot program for Voice Match, a new voice confirmation feature for purchases made in Assistant, the company confirmed this week.
“In the United States, a select number of users can now make purchases in certain apps and restaurants with Voice Match on Google Assistant-enabled smart speakers and smart displays,” a Google spokesperson said in a statement company rep Joshua Cruz provided to the E-Commerce Times. “This is an early pilot that we’re running.”
Currently the feature is limited to in-app digital purchases on Google Play and purchases from restaurants that enable food ordering through Google. Google has imposed a ceiling on the maximum amount per transaction, and on the total number of daily transactions allowed.
For security, participants have to re-authorize their Google account when enabling Voice Match purchasing.

Consumers have been able to make voice purchases through Google Assistant since 2018 and verify them through fingerprints or facial recognition on their phones.
“One of the main benefits is that this update lets you use your voice to purchase items on a smart speaker or smart display without needing to then confirm the transaction on your mobile device, especially since many of them do not have a fingerprint or facial recognition sensor,” the Google spokesperson said. “This extra step was always frustrating for users. Additionally, voice match makes it possible to complete the transaction entirely by voice.”
Removing friction in an order “usually results in higher order sizes, higher transaction volumes and more profit,” observed Ray Wang, principal analyst at Constellation Research.
“Many folks used to Google Assistant will take advantage of this convenience,” he told the E-Commerce Times.
For retailers, Voice Match may help with contactless commerce at the store, “minimizing human-to-human contact for simple requests,” Wang added.
“One of the largest trends in the past eight weeks is the need for contactless or touchless commerce,” he noted. “Voice is one tool being deployed in post-pandemic commerce road maps.”
Google last month introduced ways to get personalized results on Google Assistant-powered devices for up to six users.
This “makes it easier for contactless commerce via devices such as home speakers and in other environments such as cars and office buildings,” Wang pointed out.

About 90 percent of consumers are more likely to make purchases from Amazon than from other e-commerce sites, Feedvisor has found.
Amazon is better positioned than Google to leverage voice purchases, noted Wang. “From Kindle to Echo to embedded deals for Alexa, Amazon has a 70 percent market share for smart speakers while Google has 30 percent.”
Still, “voice hasn’t been the barrier to shopping on Google in the same way talking to Alexa isn’t why you order on Amazon,” suggested Liz Miller, principal analyst at Constellation Research.
“Convenience is one of the top attributes raised by consumers regarding their dependence on Amazon as a shopping destination of choice. They already have all my billing and shipping information, as an example,” she told the E-Commerce Times.
That said, Voice Match will help boost Google’s online sales because “its Assistant has a higher accuracy rate than Alexa when it comes to understanding different languages,” Wang said. “It can even differentiate between British English, Canadian English, American English and even Singaporean English.”
Further, Google Assistant “gives SMBs and their partners an opportunity to compete with Amazon,” he remarked.
That’s important, because “we want to be able to talk instead of type,” Miller pointed out. Thanks to consumer demand for voice interaction, “voicebots will be yet another common expectation for e-commerce, much like expedited shipping, supply chain visibility and virtual dressing rooms.”

Over the years, there have been reports of unwanted purchases made when Google Assistant or Alexa picked up what seemed to be commands to make a purchase. There also have been several highly publicized incidents involving kids ordering items by voice, either accidentally or deliberately.
The Voice Match feature “can be explained as a move to protect the customer and give the shopper an added layer of control and protection, but I suspect it also gives Google a greater layer of risk protection and proof they have included protection layers for explicit consent,” Miller said.
It “is more about gaining explicit consent and not allowing little Suzie to order all the cookies or the dollhouse by just saying ‘yes’ again,” she added.
Both Google and Amazon are fighting lawsuits over invasion of privacy involving their voice-enabled devices.
A potential class-action complaint alleging Google Assistant violates users’ privacy is still pending in federal district court in San Jose, though the judge has issued a partial ruling against it.
Meanwhile, a federal district court judge in Seattle has dismissed Amazon’s argument that a lawsuit over its capturing and storing of children’s voiceprints without permission should be arbitrated under the company’s terms and conditions.
The Google Voice Match feature “is less about customization and personalization than it is about risk mitigation,” Miller said.
That’s critical, because consumers are accelerating adoption of voice-enabled purchasing, she noted.
Lawsuits will slow down “arbitrary application of voice without guiderails around consent, privacy and trust,” Miller added.
The Voice Match feature ensures that Google will cover its legal requirements, said Wang, along with “any other issues that may require a product return.”
Retrieved from: https://www.ecommercetimes.com/story/86683.html
Share: