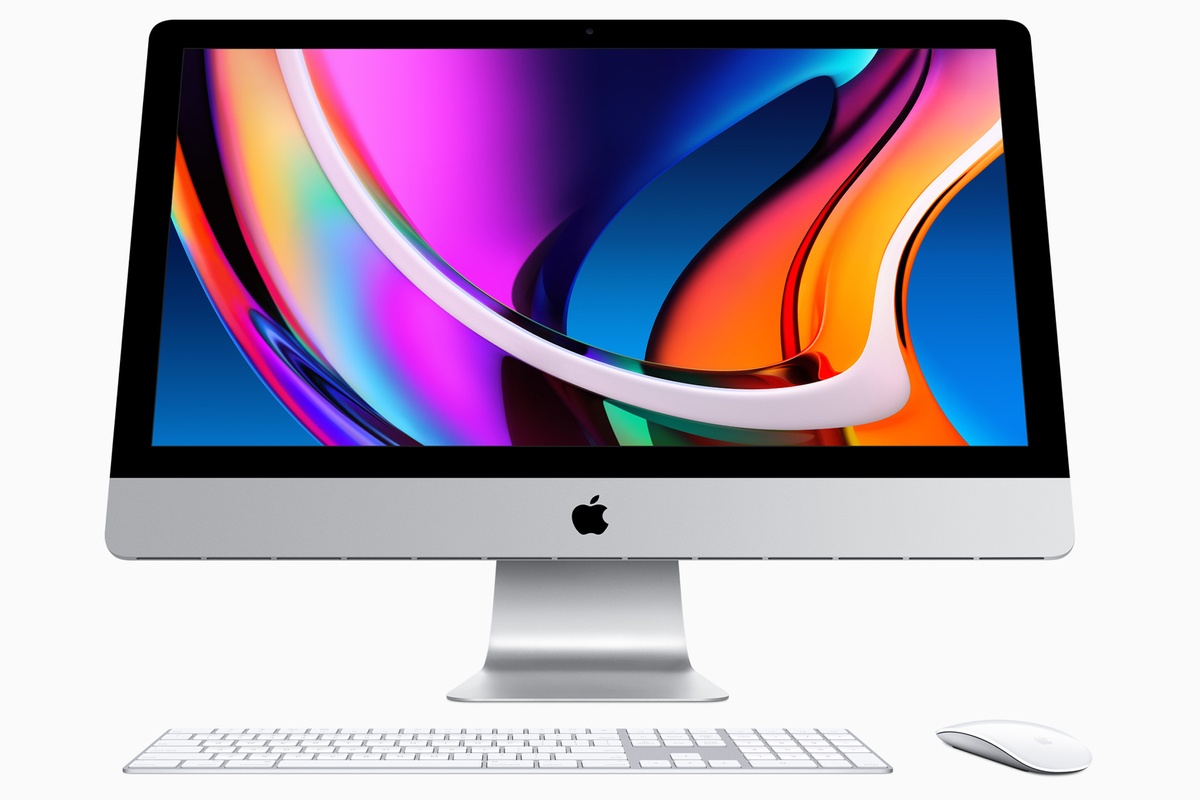 Apple has introduced what may be the penultimate 27-in. iMac configuration powered by an Intel processor. But with Apple already talking up plans to transition to its own silicon soon, does the iMac remain a smart buy for your business?

Enterprise purchasers shouldn’t be put off that Apple intends to migrate its Macs to Apple Silicon because, for now at least, they know what they are getting with Intel-based kit – and have been promised support for Macs using processors for “years to come.” While that’s a slightly opaque commitment, it should cover standard enterprise Mac usage cycles.

In other words, counter-intuitive as it may sound to Mac users focused on the new, bright and the shiny, these iMacs may make a better investment than the first-generation Apple Silicon Macs, because you know what you’re getting. And existing software and services should perform fine on these new Macs for years.

That’s not to mention that users at the high-end of Apple’s creative markets will be able to invest a few hundred additional dollars ($500, to be exact) to purchase a 5K Retina Display model equipped with a matte screen. That last enhancement comes direct from Apple’s Pro Display XDR playbook, and in combination with the new iMac’s TrueTone support means you’ll get less reflectivity and glare in use.

That’s nice for most of us, but essential for users for whom color accuracy is important. It’s also a good illustration of how Apple invests in high-end products (in this case, the Pro Display XDR) and then shares some of these improvements across its product range over time.

Does this mean that one day you’ll use some future iMac as a reference monitor? I think it does. I just can’t say when.

These 27-inch iMacs host up to a 10th generation Intel chip with a maximum 10-core 3.6GHz Core i9 processor, beefed up by Turbo Boost, which takes it up to 5.0GHz when you need that extra “oomph.”

That’s not going to speed up your accounts department, I suppose, but that speedy potential will be appreciated in your analysis, management and creative groups. They’ll also appreciate the Radeon Pro 5300, 5500XT, and 5700 XT graphics support, with up to 16GB of memory.

This means you can open applications and large files faster thanks to the 3.4GBps performance. An 8TB model is available, but an external HD or network storage device would likely be a viable solution for many users.

Apple also quietly improved its 21.5-inch iMac with SSDs across the range, and made the 10-core Intel Xeon processor standard issue across the iMac Pro range.

A lot of people seem excited that Apple has at last put a better FaceTime camera (1080p) in these things.

For me, that thrill is tempered by a sense that the company didn’t really need to make people wait quite so long before putting a camera in its Macs that’s as good as the one inside its iPhones. That was a weird and unnecessary delay.

The vastly better speakers and microphone are also worth mentioning, as these quite clearly demonstrate the hard work being done by Apple’s audio team. It’s why HomePod speakers remain the best in the market for the music quality you get. It also means these are great Macs for podcasting and music and work-from-home video conferencing.

Another of the right things in this release? You can install additional memory on your own – you won’t need to shell out your IT budget for a post-purchase installation, or cough up cold cash for BTO memory from Apple; that option (as is pretty obvious to all of us) seems way more expensive than buying it anywhere else.

New model data at a glance

You can immerse yourself in all the relevant data at the Apple site, but here’s a quick run-down:

Put it all together and Apple claims you’ll get up to 65% more plug-ins into Logic X, significantly faster (40%) 8K ProRes transcode in Final Cut Pro X and up to 25% faster build time in Xcode. Each one of those equates to significant time saving gains for your company’s professional teams.

These iMacs make me think that if this is the kind of performance Apple aims to achieve in future Macs running on Apple Silicon, then most enterprise purchasers should watch this space. Meanwhile, these models should deliver three to five years of usable life – at the very least.