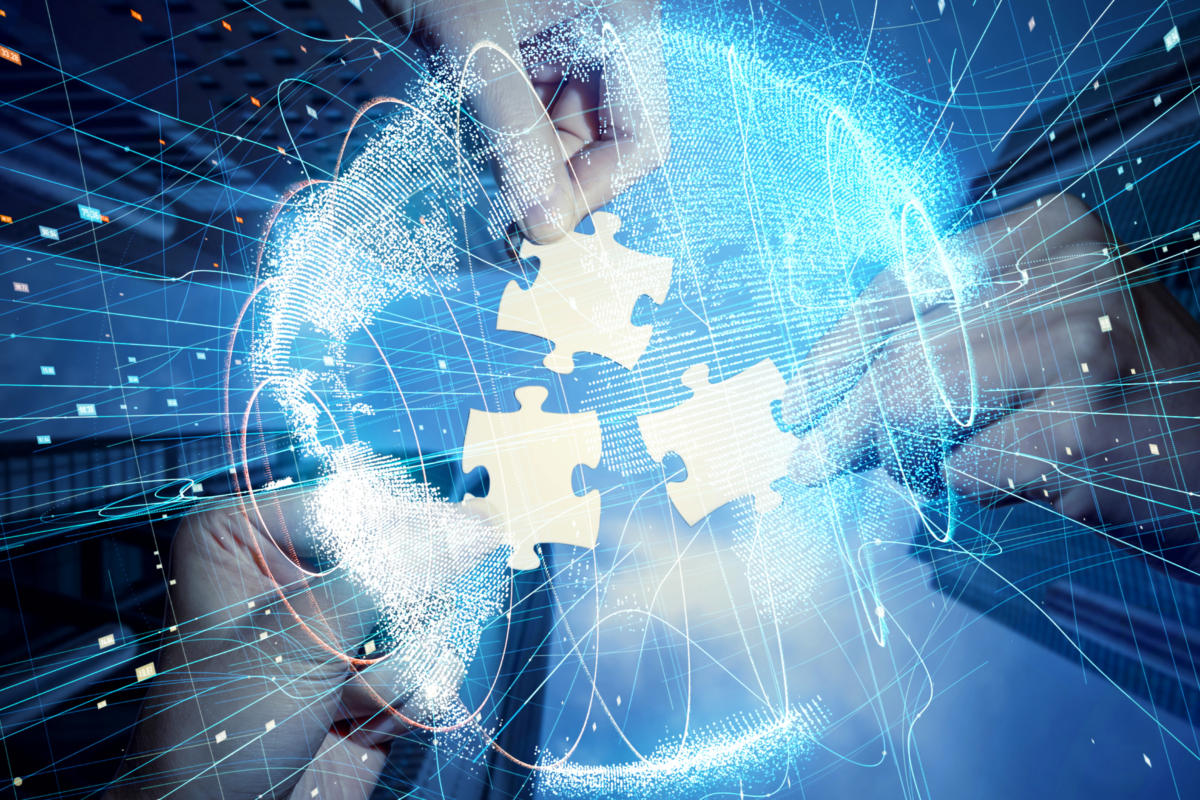 The COVID-19 pandemic brought many aspects of the global economy to a grinding halt — but mergers and acquisitions have continued unabated, at least in enterprise software.

The enterprise software and services landscape is always evolving, even in the midst of a pandemic, with startups in new product categories disrupting established vendors, and well-known names combining to stay on top of the market. Cloud services in particular is a market that has been changing rapidly of late, both in terms of the software that runs in the cloud and the hardware that powers it.

For CIOs, mergers and acquisitions (M&As) in the tech space can be disruptive to strategic rollouts, spell a need to pivot to a new solution, mean the potential sunsetting of essential technology, provide new opportunities to leverage newly synergized systems, and be a bellwether of further upcoming shifts in the technology landscape. Keeping on top of activity in this area can help your company make the most of emerging opportunities and steer clear of issues that often arise when vendors combine.

Here CIO.com rounds up of some of the most significant M&As so far this year that could impact IT.

KKR, the investment firm that acquired Epicor Software for a rumored $3.3 billion in 2016, has flipped it to another investment firm for $4.7 billion, after a year searching for a buyer. Epicor, a cloud ERP vendor targeting industry verticals in manufacturing, services and distribution, is the first big move into tech for Clayton, Dubilier & Rice. CD&R says it wants to expand Epicor’s product portfolio and grow the firm through further acquisitions. (Under KKR’s ownership it bought docSTAR, MechanicNet and 1 EDI Source.) KKR hasn’t abandoned software altogether: It still owns BMC Software, acquired in a 2018 deal said to be worth $8.5 billion.

Sales staff increasingly expect their CRM tools to tell them which of their customers to contact next and why, rather than helping them remember what they bought last time or the name of their dog. That’s prompted SugarCRM to snap up Node, a Silicon Valley startup that offers a range of AI-based predictive analytics tools for automating sales and marketing functions. It’s SugarCRM’s fourth acquisition in two years: The others were Collabspot (email integration), Salesfusion (marketing automation) and Corvana (sales analytics).

Analog Devices wants to combine its experience in high-frequency radio semiconductors with the strengths of Maxim Integrated Products in making components for data centers. These markets are colliding as computing associated with the internet of things moves to the edge of 5G network infrastructure. Although the two chipmakers announced in mid-July that they plan to merge, the $21 billion deal won’t close until the middle of 2021.

NetApp, big in hybrid cloud infrastructure, has mopped up Spot, a much smaller business specializing in cloud cost optimization. The deal, rumored to be worth $450 million, closed mid-July. Spot — now Spot by NetApp — offers compute and storage cost optimization tools that the company says can help spendthrift enterprises save up to 90 percent on cloud costs.

For all the talk of disruptive technologies, mainframes remain at the heart of many businesses today, and it is this fact — and the enterprise’s need for modernization — that fueled the merger of two specialists in software modernization. The combination of BMC’s Automated Mainframe Intelligence (AMI) and Compuware’s product range, which closed on June 1, will help enterprises manage mainframes as part of their DevOps strategies. Compuware last changed hands for around $2.4 billion in 2014 in a buyout by private equity firm Thoma Bravo, which took the company private and split it into two entities, Compuware’s mainframe software business and Dynatrace, which was spun out to focus on software management. BMC isn’t saying how much it paid for Compuware this time around.

Here’s an acquisition involving SAP — and for once it’s not SAP doing the buying. Sinch is a Swedish provider of cloud-based outbound calling and messaging services for customer engagement. SAP Digital Interconnect (SDI) offers something similar — but with APIs that hook deep into SAP’s ERP and CRM platforms. Sinch is paying €225 million (around $250 million) to expand its engineering team and gain exposure to the enterprise market.

Early next year, enterprises in Cincinnati, Ohio, and Hawaii will find their local telco is under new ownership. In December 2019, it seemed a done deal that Brookfield Infrastructure Partners would acquire Cincinnati Bell for $2.6 billion. In early March 2020, though, Cincinnati received a higher offer from Macquarie Infrastructure and, after a short bidding war, broke off the engagement to strike a deal with Macquarie worth $2.9 billion, which shareholders finally accepted in May. Customers counting on Cincinnati’s ambitious fiber upgrade and 5G rollout plans may have dodged a bullet: Brookfield, the rejected suitor, focuses on generating stable cash flows from minimum maintenance capital expenditures.

Affirmed Networks makes software for building virtualized, cloud-based telecommunications networks, and counts some of the world’s biggest telcos among its customers. Now it’s part of Microsoft, which sees in the acquisition a way to expand its relationships with mobile network operators and play a role in the deployment of 5G services.

Quantum, a data storage vendor, has bitten off a chunk of Western Digital, the hard disk giant that bought flash storage vendor SanDisk back in 2015. When WD decided it could do without ActiveScale, a business unit that makes object storage systems, Quantum saw an opportunity to beef up its high-speed unstructured data storage capabilities.

Data center owner Equinix has added a new string to its bow with the March acquisition of Packet Host, a specialist in bare metal automation for a reported $330 million. Equinix says the deal will help its customers deploy multicloud infrastructure without the overhead associated with virtualization or multitenancy.

Data vendor Clarivate closed its $950 million purchase of Decision Resources in March 2020. Clarivate gathers information about trademarks, patents, scientific research and industrial standards, selling the databases to enterprises under a variety of brands. CIOs that want to hang on to valuable domain names might already know Clarivate’s MarkMonitor brand. With the acquisition of Decision Resources, Clarivate now has a greater range of data about the medical and health care industries at its disposal.

Vlocity is one of Salesforce’s biggest cheerleaders: It builds industry-specific CRM solutions on top of Salesforce for communications, government, health, insurance, media and utility companies. Salesforce’s February 2020 acquisition of Vlocity will reinforce its vertical-market offering. It took a big step in this direction in September 2019, adding consumer goods and manufacturing clouds to the banking, financial services and life sciences CRM tools it already offered.

Human capital management (HCM) software vendors Kronos and Ultimate announced their merger in February 2020, although it’s a wonder it didn’t happen a year earlier. That’s when private equity firm Hellman & Friedman, already the majority owner of Kronos, took control of Ultimate too. Kronos’ CEO Aron Ain is staying on to head the combined company, while Ultimate CEO Adam Rogers is leaving. For now, both companies’ product lines will be maintained.

ERP vendor Infor was already 70 percent–owned by Koch Industries, a privately held industrial conglomerate with interests in minerals, manufacturing, chemicals and commodities. In February 2020 it agreed to buy the remaining stake in Infor from founding investor Golden Gate Capital. Koch Industries plans to make Infor a standalone subsidiary operating under its current management. Infor’s development of industry-specific cloud suites could receive a boost from its closer ties with the industry giant. Infor had previously been ramping up for what had been expected to be a significant IPO.

Regulatory DataCorp offers a range of risk intelligence and compliance screening services for enterprises, including anti-money-laundering, know-your-customer and due-diligence solutions. In February 2020 credit rating agency Moody’s acquired it for $700 million.

Plaid Technologies started up as an API platform that enabled app developers such as Betterment and Venmo to build mobile apps with which consumers can access their accounts at traditional financial institutions. Later, it added a layer of analytics to the data it provided. In January 2020 it became a subsidiary of Visa, where it will operate as an independent business unit.

Backup software vendor Veeam is now under U.S. control. Investment fund Insight Partners has acquired the company, founded by Russians Andrei Baronov and Ratmir Timashev and headquartered in Switzerland. Insight will move its headquarters to the U.S. and install chairman Bill Largent as CEO, replacing Baronov. The new owner plans to invest more in Veeam’s hybrid cloud strategy and international expansion, while the company’s Americanization could open up the U.S. government market too.

ServiceNow has been building AI assistance into its Now Platform for workflow management for a while, but when it comes to natural language processing that language has all too often been English. With its January 2020 acquisition of Passage AI, ServiceNow will add multilingual conversational capabilities to its chatbots, potentially opening up new markets for its users.

F5 Networks’ $1 billion acquisition of Shape Security, completed in January 2020, will beef up the protection of its application delivery network business. Shape offers fraud protection for web and mobile applications by analyzing the flow of data into them, and F5 already plays a role in handling that data in many enterprises.

We’ll mention this one here because there was so much money involved, but chances are you barely noticed the change after this deal closed in January 2020. Japanese conglomerate Hitachi is taking its holding in industrial equipment maker Hitachi High-Tech from 51.73 percent to 100 percent and dropping three syllables from its name. The subsidiary makes semiconductor manufacturing equipment — the machines that make the chips for servers — but Hitachi’s main focus here is improving the profitability of the subsidiary’s other business line, medical equipment, through the use of the parent company’s experience in AI and data analytics.