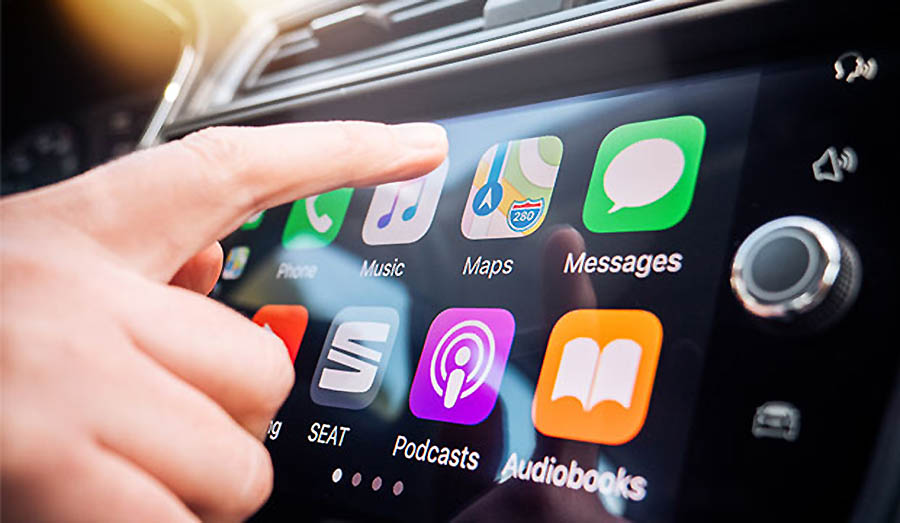 A report that Apple is readying its own self-driving car for release in 2024 is being met with a healthy dose of skepticism by some analysts.

The new vehicle for consumers would include breakthrough battery technology developed by Apple that would “radically” reduce the cost of batteries and increase the vehicle’s driving range, Reuters reported Monday.

It explained the battery uses a “monocell” design that allows more active material to be packed into it and thereby extend its range. The company is also looking into using lithium iron phosphate, which is less likely to overheat, for the battery’s chemistry.

Also noted in the report is that it’s unclear who would assemble the vehicle, but Apple is expected to work with a manufacturing partner to produce the auto.

The report acknowledged, though, that there’s still a chance that Apple will pull back from its autonomous vehicle plans and just sell its autonomous driving system to a traditional automaker.

Since 2014, when Apple first set out to design its own vehicle, the company has engaged in automotive research and development collectively under the name “Project Titan.”

“I am still not convinced that Apple is doing an actual car,” observed Tim Bajarin, president of Creative Strategies, a technology advisory firm in Campbell, Calif.

“For one thing, cars can be dangerous,” he told TechNewsWorld. “Thousands of deaths each year are attributed to car accidents, and Tim Cook and Apple could never create a 100 percent safe car.”

“I am not sure that Apple wants to ever take on that kind of liability,” he added.

Doug Betts, president of the automotive division of J.D. Power, explained that the products that Apple makes now don’t have the kinds of safety issues autos have.

“If an iPhone fails, you take it back to the store,” he told TechNewsWorld. “Cars have things that can turn into safety issues that are much more serious.”

“The ‘iCar’ sounded sexy and exciting five years ago,” he told TechNewsWorld. “After five years of frustrating iPhone experiences, I am not sure the market is seeking this solution anymore.”

“Consumers are excited about companies like Rivian and Nikola and Nio and Polestar and a host of other Chinese wannabes,” he said. “Plus, we now have the Ford Mach-E, and it looks like a Corvette EV is on the way. So, Apple? New battery tech? Who cares?”

James Hodgson, the principal analyst for smart mobility and automotive at ABI Research, said that Apple’s entry into the automotive market feels like it’s been a long time coming.

“There’s been some noticeable hires and some acquisitions, so they’ve been dancing around the edges of automotive for a while,” he told TechNewsWorld.

However, he added, “They have the scale and adequate cash on hand to investigate these opportunities without committing to them.”

Hodgson acknowledged surprise by the report that Apple would adopt a conventional vehicle manufacturing-sale business model for its big foray into automotive.

“Being just another player in the market building and selling vehicles is not the angle that Apple’s competitors’ have taken,” he observed. “They’ve taken a broad mobility play rather than the box-on-wheels play.”

Hodgson confessed he would be “very, very surprised if Apple were to enter into the traditional automotive market: build a box on wheels for as little as you can and sell it for the most you can. That would seem strange to me.”

“That’s what’s caused players with a technology background to enter the mobility market,” he explained.

Another reason it’s strange are the traditional profit margins of the auto business.

“Historically, the auto industry is not incredibly profitable,” Betts explained. “If you’re selling products with 40 percent margins, why would you want to sell cars? No one has ever made a 40 percent margin on a car.”

If the mobility market is larger and automotive market margins thin, why build a self-driving vehicle?

“Apple might do this in order to avoid simply giving its billions back to its investors in the form of dividends,” Lanctot speculated, “or because of an inability to identify any more-attractive markets to enter or companies to buy.”

Hodgson added that the timing may be right to enter the market.

“The reason you see new entries into the auto market now is because of electrification,” he explained. “The big barrier to entering the market has been the internal combustion engine. Building one, making it safe and economical, meeting government standards is all really hard.”

“That barrier is being removed,” he continued. “Tesla took advantage of that. It enabled it to bypass that legacy hurdle that prevented new competitors from entering the automotive market.”

Still, significant barriers remain. There’s a complex supply chain made up of tier-one suppliers who integrate products from tier-two suppliers. There are numerous standards and regulations governing safety, emissions and sustainability. A distribution network of dealers needs to be built — and it can take three to five years to build a vehicle that needs to survive on the road for 10 to 15 years.

“That’s why building cars is difficult and there are so few automakers that can do it,” Hodgson said.

If Apple goes into auto making, it will have to offer consumers something its competitors can’t.

“Unfortunately, Apple has nothing to offer,” Lanctot maintained. “Most of the experiences that Apple pioneered — app access and management, content management and delivery, e-commerce, user interfaces — have been met and surpassed by competitors.”

But Hodgson argued that Apple is in a good position to take advantage of what’s going to be important to future auto buyers.

“The old differentiator in automotive was an engine that’s smooth and efficient and exciting,” he explained. “That’s not going to be as important in the future. Future differentiators are going to be about compelling digital experiences.”

Apple also has another powerful magnet to pull people to its self-driving car.

“You can’t undersell the power of the brand,” Betts observed. “Even if Apple just makes a car with its logo on it, people are going to be lined up to buy it, just like they’re lined up at the mall now when a new iPhone comes out.”