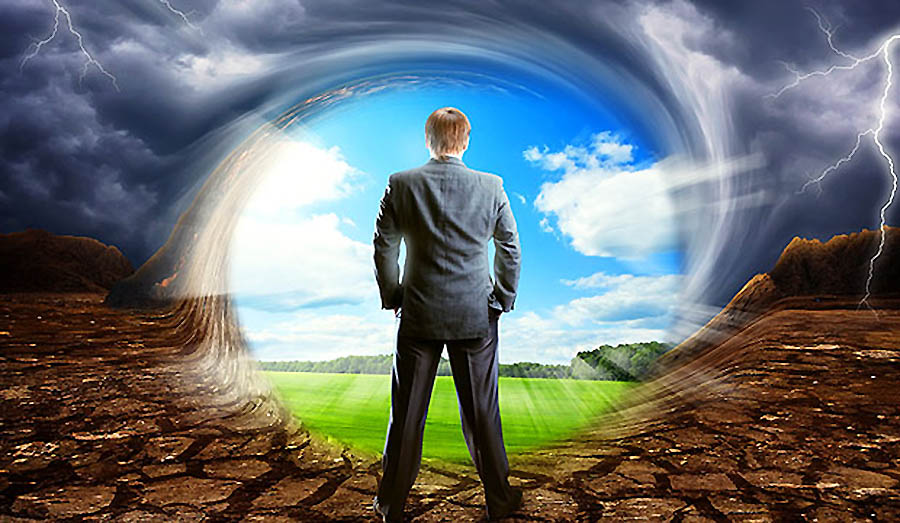 As we launch into a new year, the COVID-19 pandemic has made many business leaders, me included, reflect on what we’d do next time if we were faced with another unthinkable global crisis.

In the early part of 2020, the pandemic forced companies around the world to rethink their modern practices and determine how to accelerate the adoption of technologies that would enable new processes like remote work. After closing out on a tumultuous year, and the first wave of COVID-19, many business leaders admit where they may have gone wrong.

As uncovered in “The Separation of Work and Place” study by Teradici, creator of virtual workstation software and my employer, are insights from nearly 700 decision-makers and managers from companies based in 64 countries who heeded the lessons taught by the first wave.

Confronted initially by an unfathomable business climate, managers went from researching and exploring new technology solutions, to rapid testing and the deployment of applications that would quickly allow their teams to continue business in virtual work environments. In fact, 75 percent of the study respondents were using remote desktops in their organizations, but in many cases, these were not deployed company wide.

Notably, two-thirds of respondents said that if ever confronted by a similar event, they would respond differently.

Following are three ways that businesses leaders would approach a shift to remote work if they were faced with the crisis all over again:

1. Prepare hardware and know what the organization has available in advance

When the shutdown occurred and work-from-home (WFH) mandates went into effect, business leaders realized the office workstations were not all easily transferable to a WFH setting. They soon learned they needed a better inventory of the equipment that was necessary to support their workforce in a virtual setting.

One-third of respondents had to procure additional hardware, and the same number had to set up a VPN to enable remote access to their corporate networks.

Additionally, the study found that 35 percent of respondents were not comfortable with the level of security they were operating with after sending their employees home, which added another layer of complexity to the move overall.

If they could do it again, leaders would ensure that they had taken a closer look at the hardware they do have, ensure that their employee workstations have remote host cards or remoting software installed even before they are needed to help facilitate a quicker, smoother transition when time is in short supply and small IT teams are scrambling to support everyone at once.

This challenge, of course, was not exclusive to traditional organizations. When universities began to suffer pandemic paralysis — with students and teachers barred from classrooms and campus — they needed a way to extend learning solutions. For example, many institutions added tools like social learning platform Piazza for virtual learning, and technically-immersed institutions like Vancouver Film School had to provide its students quick access workstations that emulated the high-powered desktops and applications they would use in the labs on campus.

Even older laptops can be stored and repurposed for this in a pinch. According to the survey, one respondent even said they were able to use laptops that they had planned to discard. With the power of the cloud and ability to implement the right software, they could quickly turn these machines into high-performance workstations.

But not all companies were in the same boat. Organizations specializing in visual effects, animation and game development for example, involve graphics-intensive applications and immense computing power. They need the ability to manipulate and edit hundreds of gigabytes of information, sometimes petabytes. With multiple artists requiring the ability to work simultaneously on a project, these firms also leaned on technology from client devices, to leveraging the cloud and software that would enable them to work remotely as if they were in the office.

3. Train employees for a remote work future. It can be a learning curve for many.

It’s no surprise that many workers who had been tethered to their work desktop for years were feeling the strain of shifting to a remote setting; from how to balance home and work life priorities, to the more technical side of how to access the files they needed from their office data center, or ensuring they could use the applications they needed to do their jobs.

As more companies now embrace remote work following the first wave of the pandemic, they’ve learned that training users on the software and the company policies regarding collaboration and security compliance requirements as part of day-to-day operations can be incredibly helpful in making a smooth transition. The added training for workers on regular devices, or even remote desktops, can also reduce the overall workload for IT teams in a crunch.

Having learned so many lessons from the past year, IT leaders have emerged savvier from the first crisis, not just about weathering the next crisis, but also about incorporating new technologies, such as remote-work applications, into their permanent, day-to-day operations.

During the scramble to move and manage workers from home, many companies even discovered that remote work and other tech applications benefitted them in unforeseen ways.

In some cases, costs were reduced, and even recruiting improved for many companies as their new IT models allowed them to extend offers to talent or freelancers in other regions around the world. Others discovered that productivity climbed as workers spent less time and energy commuting, and more time on projects. It is no wonder there is a growing list of companies moving to a permanent or a hybrid remote work model.