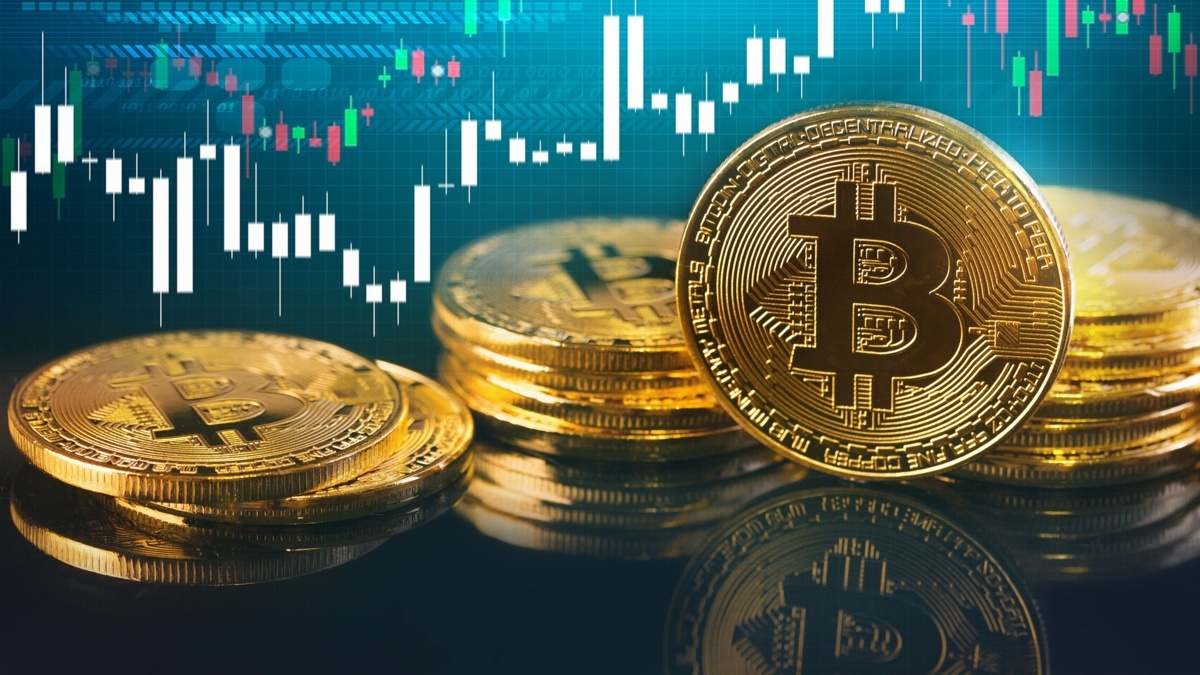 Bitcoin has become a financial and cultural phenomenon, having been in existence only since 2009. While many people have heard of it, very few understand it. In short, Bitcoin is a cryptocurrency, or digital currency, that allows transactions independent of the banking system. Some see digital currency as revolutionary because it lets people send funds as easily as emails, even across international borders.

Although Bitcoin was originally developed to function as an alternative to fiat currencies (those that governments have given legal tender status), there has been a noticeable rise in demand from many people purchasing the virtual currency purely as a financial investment, hoping that it will appreciate rather than using it for a transaction.

Of late, a rising number of businesses and even public companies are showing interest in Bitcoin. However, not all chief financial officers who are driving the direction and success of these institutions are convinced to invest in the digital currency as a corporate asset any time soon. Executives in charge of a company’s finance normally hold assets deemed safe, like bank deposits or money market funds.

In August 2020, MicroStrategy made headlines by becoming the first corporation to buy US$425 million worth of Bitcoin as its primary reserve to hedge against potential devaluation in the U.S. dollar.

The decision became a significant stamp of institutional approval of the leading cryptocurrency’s credentials as a mature, safe-haven asset. It appears major global companies are now following MicroStrategy’s Bitcoin strategy.

Major firms such as Square, MassMutual, Marathon Patent, Hut 8 Mining, Voyager Digital, Cypherpunk Holdings, Ruffer, and many others have purchased large amounts of Bitcoin as a reserve asset.

So far, the decision of MicroStrategy and other firms to invest in Bitcoin seems to have paid off, given the recent all-time high price of the cryptocurrency. The value of their holdings has appreciated significantly, with a return much higher than that of money market funds or short-term bonds, which is where most firms park their spare cash.

According to a new survey of 77 finance executives by Gartner, 84 percent say they have no plans to purchase Bitcoin as a corporate reserve any time soon.

The survey indicated that CFOs’ top five concerns over Bitcoin include its price volatility, risk aversion from the company’s board, the cryptocurrency’s slow adoption as a form of payment, cyber risks, and regulatory worries.

While 50 percent of the surveyed executives from the tech sector expect their firms to be investing in the cryptocurrency at some point in the future, only five percent intend to invest in the digital asset on their company books this year.

“There are a lot of unresolved issues when it comes to the use of Bitcoin as a corporate asset. It’s unlikely that adoption will increase rapidly until we get more clarity on these challenges,” said Alexander Bant, chief of research in the Gartner Finance practice.

“It’s important to remember this is a nascent phenomenon in the long timeline of corporate assets. Finance leaders who are tasked with ensuring financial stability are not prone to making speculative leaps into unknown territory,” added Bant.

After Tesla invested $1.5 billion in Bitcoin as a corporate reserve, PayPal is the latest company to disclose that it would not invest its cash reserve in the cryptocurrency. In an interview with CNBC’s “Mad Money” TV program, PayPal CFO John Rainey, said that the payment giant has no interest in purchasing the cryptocurrency as a corporate reserve, but instead prefers to invest in services that are additive to the platforms the company offers.

Due to Bitcoin’s famed volatility, the prospect that the digital asset would become a regular part of corporate treasuries does not look good. Chief financial officers, who as a group are generally risk averse, are keenly aware that investing corporate funds into cryptocurrencies could amount to a career-ending wipeout.

Bitcoin this year has traded at new heights — rising above $50,000 — and is predicted by proponents to continue a stunning increase that has sent it soaring nearly $20,000 this year. In mid-January, the price of the leading cryptocurrency hit an all-time high of almost $42,000 for less than a week, before quickly falling back to near $30,000, more than a 20 percent plunge. But now, Bitcoin has roared back again to pass the $55,000 mark.

Such drastic shifts show just how volatile the cryptocurrency has become and suggest that investors need to hold on tight for what could be a bumpy road toward greater profitability.

Cryptocurrency is also vulnerable to fraud, hackers, and forgotten passwords, although institutional investors utilize custodial services to minimize such dangers.

‘Wait and See’ Approach to Crypto

While corporate treasurers are waiting to see what happens to MicroStrategy’s capital reserves in Bitcoin, they are watching and scratching their heads, thinking of other questions the issue raises and exactly how to manage the digital asset and get the benefit while reducing exposure to its price volatility.

So far, regulation — or the lack of it — has hindered mainstream uptake of cryptocurrency. Thanks to cross-border monetary restrictions, bureaucracy, outdated systems, and little impetus to change the status quo, authorities and institutions are known to move notoriously slow when it comes to technical innovations.

Before institutions can actively promote and embrace a product, they want to understand the financial landscape in which the new asset class operates, and the risks associated with it.

However, regulation might lay the ground for the wider acceptance of crypto assets by businesses and individuals, while protecting financial markets. In effect, regulation could contribute to legitimizing crypto assets for businesses, which could spark renewed interest.

What are your thoughts about Bitcoin as a corporate investment vehicle? Please use the reader comments section to let us know.