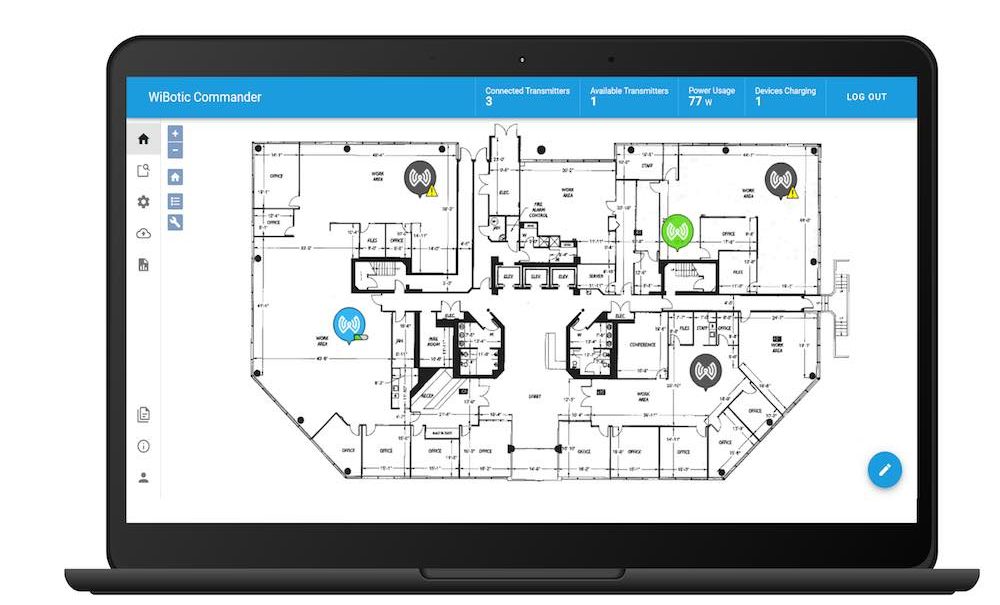 WiBotic, a Seattle-based developer of wireless charging and power-optimization systems for robots, today launched fleet energy management software called Commander. It can help robotics users visualize, configure, and optimize delivery of energy throughout their fleet of robots or drones.

Commander offers a visual display of charger availability and status, and historical information about which chargers are being used most. WiBotic said this allows customers to determine optimal charger placement to maximize opportunity charging and to set up personalized notifications when a robot is not charging properly.

The system also has an API that allows users to control the charging function as a part of each robot’s daily workflow. With the API, users can adjust variables such as charge voltage and speed (current) based upon each robot’s schedule. For example, users can set up a scheme to charge quickly during the day when robot uptime is critical and slower at night to maximize overall battery lifetime.

“This year marks an inflection point for robot adoption, from mobile robots to aerial drones, even extending to underwater and space-based robots,” said Ben Waters, CEO and co-founder, WiBotic. “Organizations that have evaluated small numbers of robots in the past are now realizing ROI, and are pivoting to scale-up.”

WiBotic highlighted these other additional features of Commander: 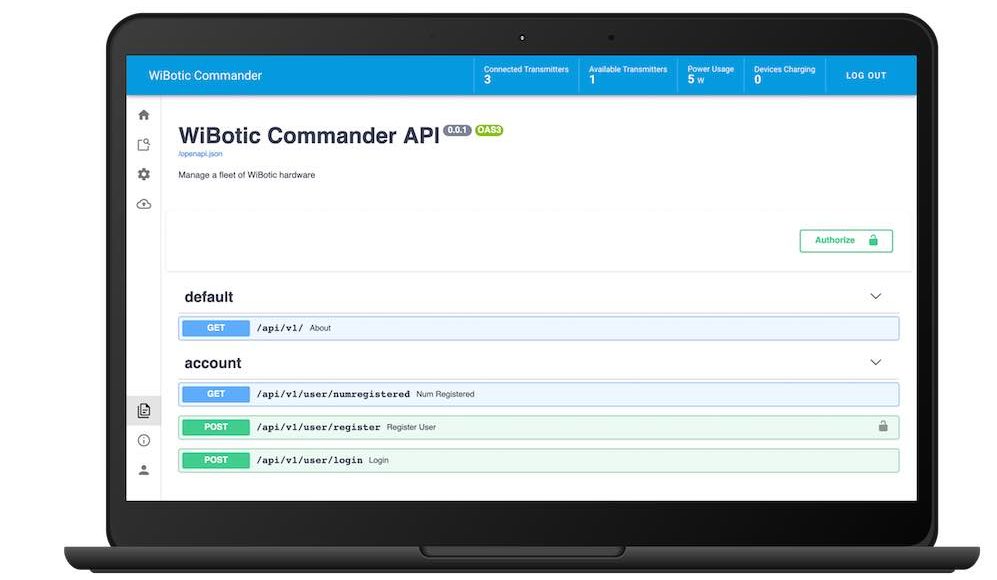 RBR50 company Waypoint Robotics, a developer of autonomous mobile robots, has been a partner of WiBotic for several years. It launched its EnZone charging system using WiBotic technology in 2018. Waypoint has been an early tester of the Commander software.

“As we deploy larger fleets of robots, we prioritize battery charging as a point of optimization,” said Waypoint Robotics CEO Jason Walker. “Robot availability and battery lifespan can be maximized if we know when, where, and how fast to charge; and Commander gives us that visibility and control. Commander also makes deployment and maintenance of multiple EnZones faster and easier than ever before.” 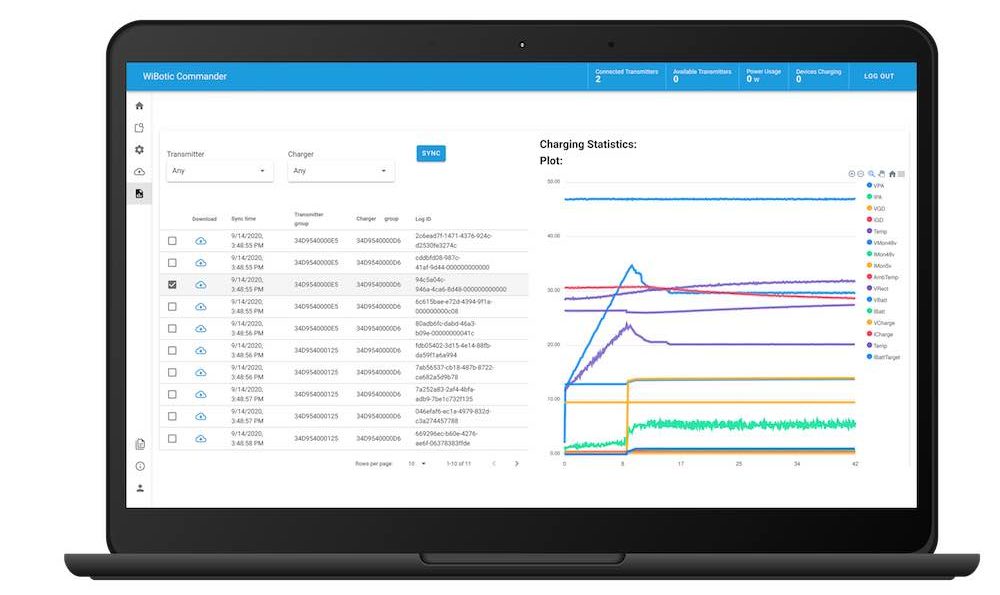 And NASA recently awarded a $5.8 million contract to Astrobotic, Bosch, the University of Washington (UW), and WiBotic to overcome challenges of charging robots on the moon. Astrobotic is the main contractor as its CubeRover ultralight rover will be heading to the moon aboard the Peregrine lunar lander in 2021. WiBotic’s involvement is to develop wireless charging systems and energy monitoring base stations for lunar robots, including the CubeRover.