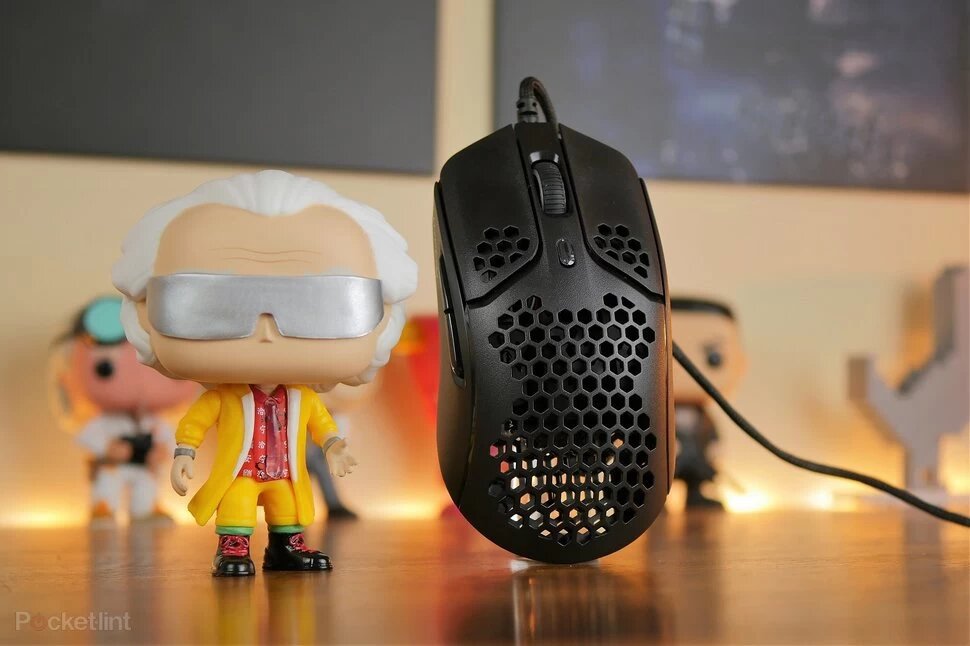 (Pocket-lint) – The Pulsefire Haste is HyperX’s answer to the trend of superlight honeycomb gaming mice out there. It ticks a number of boxes too – unless you love RGB lighting by the bucket load.

We’ve been happily working, surfing, and gaming away with the Pulsefire Haste to bring you our thoughts on how this lightweight mouse stacks up against the competition.

Lightweight design and an agile frame

When we started using the HyperX Pulsefire Haste we noticed a few striking things about it. First up, it’s one of the lightest gaming mice we’ve used, weighing just 59 grams. 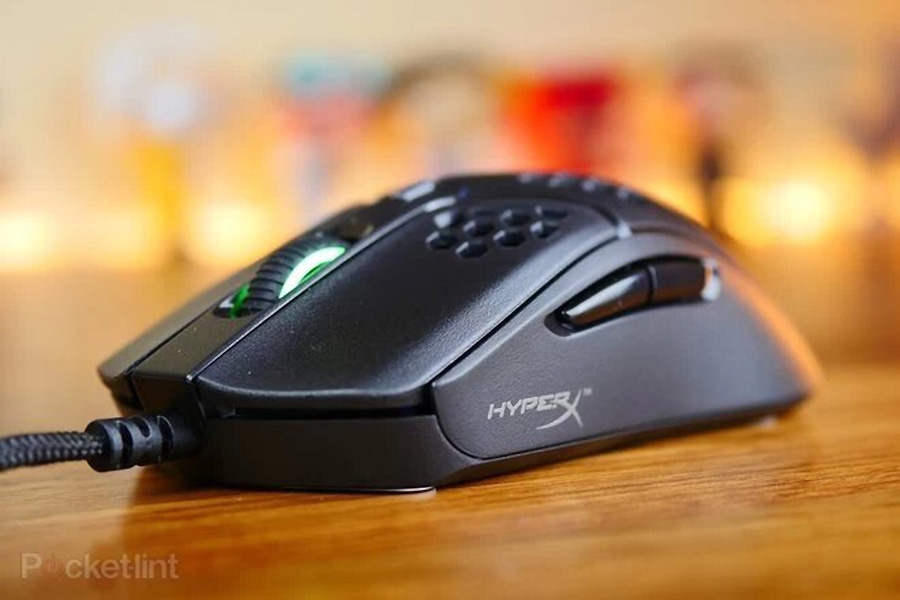 However, it is wired – which detracts from that sense of freedom. That said, the floppy Hyperflex cable ensures that the USB connection doesn’t weigh you down or get in the way while gaming.

Although the Pulsefire Haste might not be the best-looking gaming mouse we’ve seen, it’s still a satisfying mouse to use with plenty of features that make it appealing for the price.

Its body verges on being a good fit for medium to small hands – we suspect that large-handed gamers might struggle with it – and we found it comfortable to use during our play sessions. 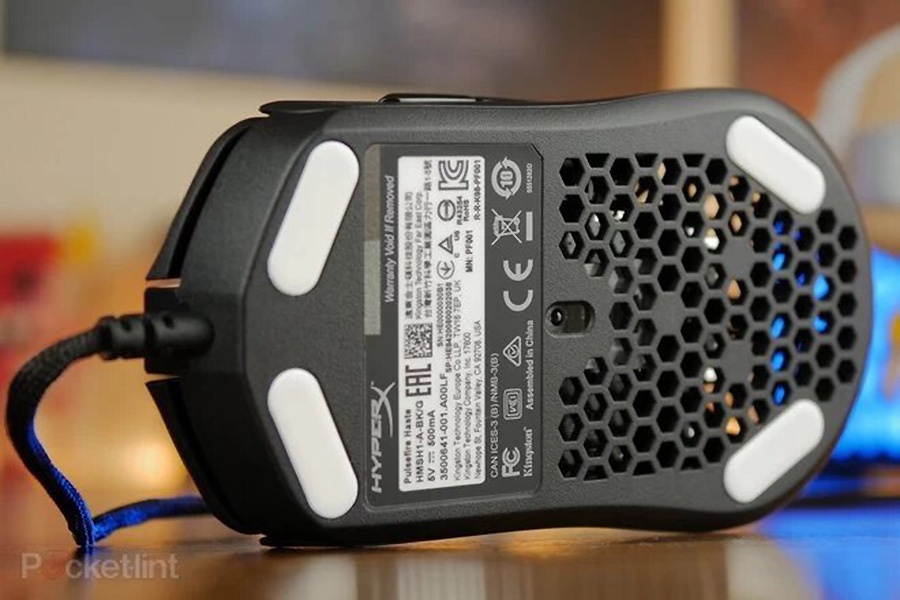 If you’re worried about the honeycomb shell presenting a problem for dust and dirt ingress, you don’t need to fret as the Pulsefire Haste sports dust-proof switches. We’re also fairly confident a spray of compressed air would soon sort the insides out. But we wouldn’t recommend spilling a drink on it.

The outer shell also has a nice PBT-esque finish to it, making it easy to grip, and there’s not much danger of it slipping around in the hand. A nice addition to this is the included textured grip tape which can be applied to the main mouse buttons and either side of the mouse. This tape is easy to apply, without the annoyance of bubbles, and maintains the overall honeycomb finish too.

In the box, you also get some replacement PTFE skates, so if and when those wear out you can replace them and rejuvenate the mouse without much hassle. 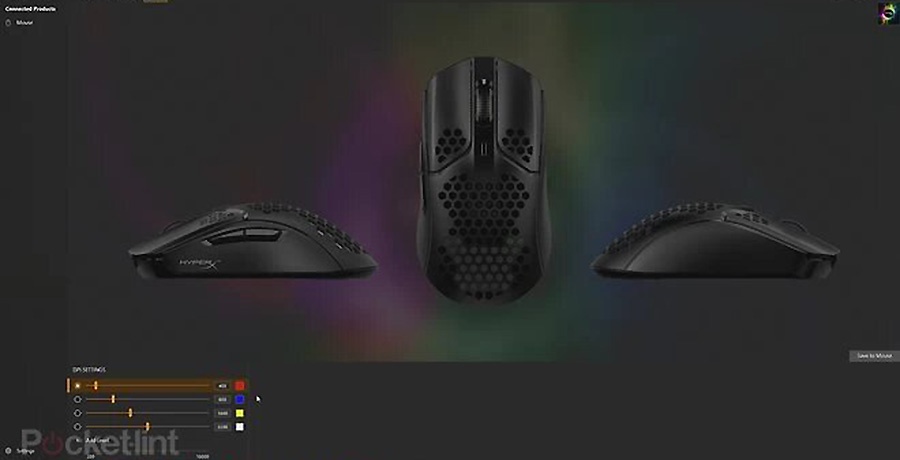 The Pulsefire Haste only has RGB on the mouse wheel, which is customisable within the software. Where thing this does shine though is the way it changes when you change DPI level. The mouse wheel lights up with different colours showing briefly as you change levels, so you know at a glance what you’re in.

When it comes to gaming, we found the Pulsefire Haste to be a relative joy to use. Like other lightweight gaming mice, it’s easy to flick about the desk which makes it perfect for fast-paced first-person shooters and battle royale games. 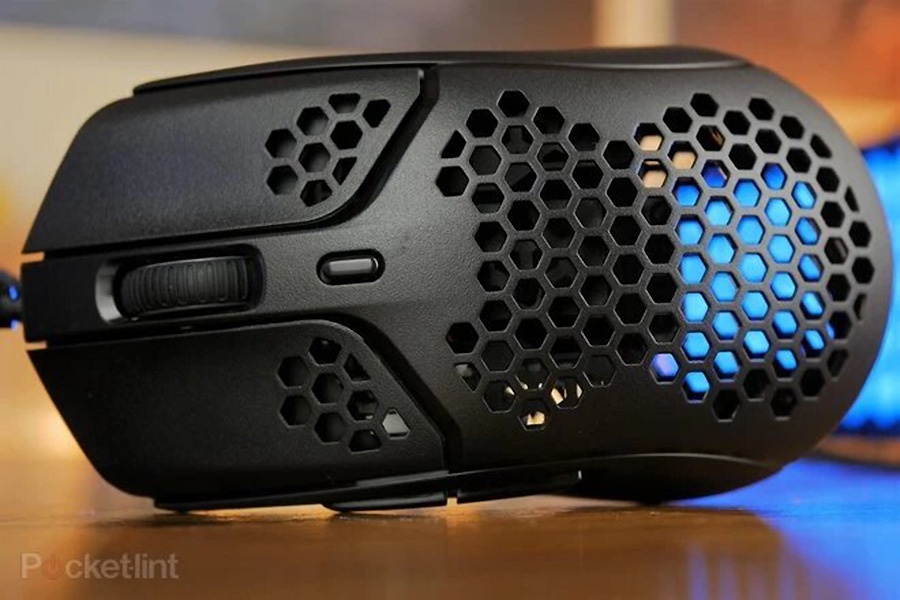 With 450ips and 40G acceleration, it’s more than capable too. We wish the PTFE feet were a bit bigger, as we’ve certainly seen larger ones on other mice, but generally the HyperX mouse is easy to grip and even easier to move.

The DPI switching button on top also makes it easy to set and switch between various different DPI levels within the HyperX Ngenuity software. From there you can also programme macros, reprogramme keys, and adjust other settings. 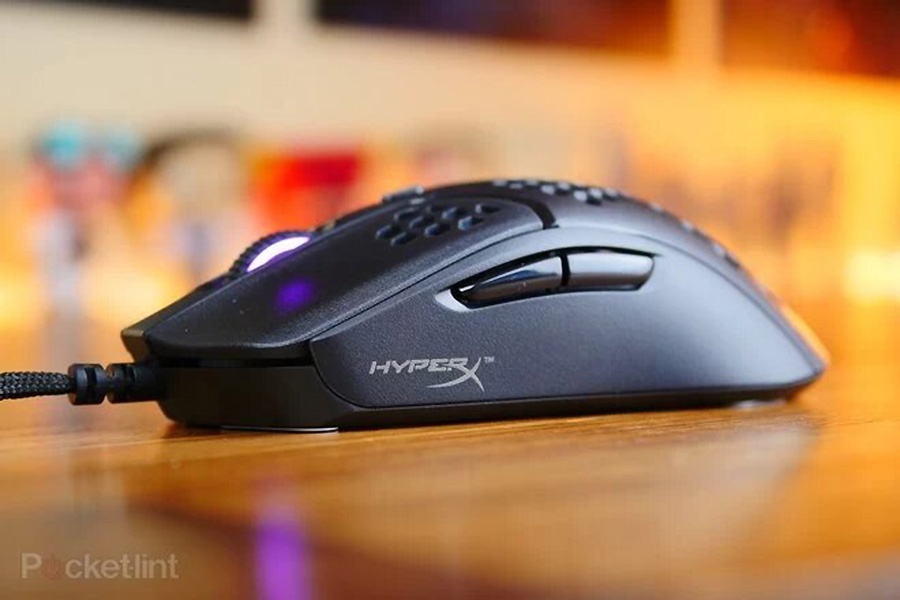 The software is a bit barebones compared to the likes of Razer’s Synapse software or Corsair’s iCue, but it’s easy to use and allows you setup and tweak most things with ease. We found macros easy to record and set, with the easy adjustment of delays and tweaking a doddle also. Macros don’t seem as fast to activate as with other mice though.

All told, the HyperX Pulsefire Haste is an appealing lightweight gaming mouse. It’s not the fanciest we’ve seen, but it has a number of highlights both in design aesthetics and specification terms.

It’s comfortable, capable and agile – which is obviously an appealing part of any mouse design, but it’s also so much more. The affordable price tag and the overall finish of this mouse make it well worth considering if you’re after something light and pleasing for your gaming sessions. 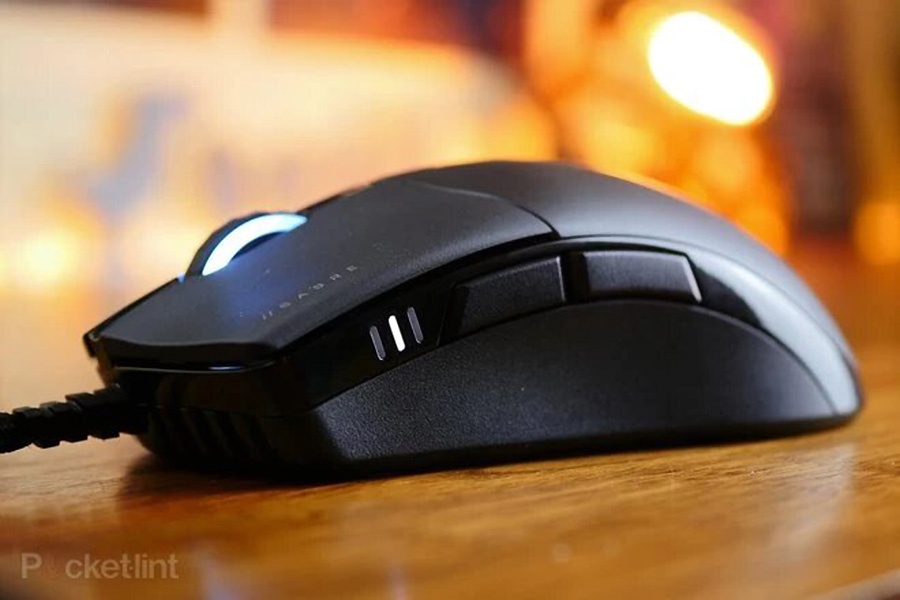 If you’re not bothered about having a super lightweight mouse, don’t like holes in your peripherals and want something built for pros then consider this instead. 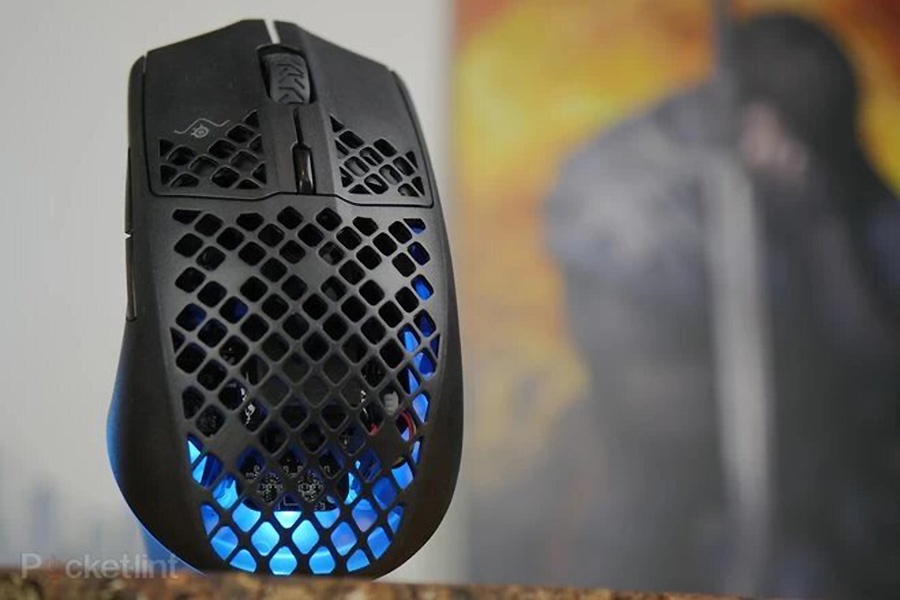 It might be more expensive, but the SteelSeries Aerox 3 Wireless is snazzier too. With some nice RGB lighting and other highlights that include P54 dust resistance, up to 200 hours battery life and both 2.4Ghz and Bluetooth connectivity options.