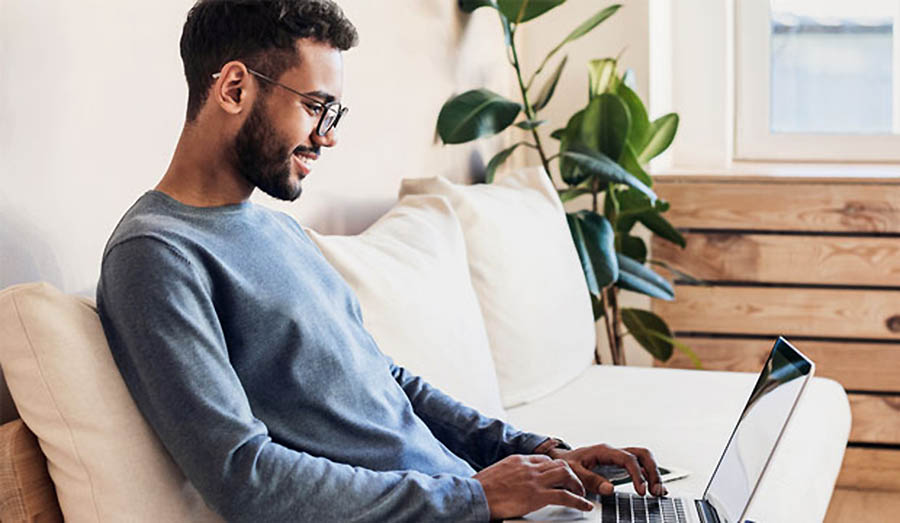 Shouldn’t you get paid when businesses use your personal information gleaned from the internet? How much is your personal data posted online worth to you?

Would you register your personal data so that you get paid when companies track you and use your own data to target you for ads? That is precisely what Invisibly lets you do.

Don’t expect to make a pile of cash, at least until the concept is more widely adopted, admitted Don Vaughn, head of product at Invisibly. Then you could earn some significant passive income with very little effort.

Currently, big tech and the ad industry use information about you for free. Both entities profit handsomely from your data for targeted advertising purposes.

They do not offer you a red cent in compensation for using your private data now. But that will likely change as consumers get more adamant about the blatant theft and use of their private data.

Of course, new legislation that more closely rides herd on big tech’s shenanigans will push those efforts further along. Changing an entire industry to a consumer-consented model takes participation on multiple levels. You can prime that pump now by signing up with Invisibly and getting paid.

Invisibly’s product lets you get paid for licensing your data. The company believes that people are — or at least should be — in control of their data; not corporations, according to Vaughn.

“We are empowering people to put their own data to work to make money from their data, just like the billions of dollars a year businesses make off data using the card transaction,” he asserted.

The E-Commerce Times talked with Invisibly’s Vaughn about the viability of making money on your personal data. We found that signing up for this passive income channel is a ground floor opportunity to what could become a major trend to profit from data that is no longer your private domain.

Spend some time searching the internet. You will find numerous companies and smartphone apps that let you earn small pots of passive income. Some even provide strategies for getting paid for using consumers’ personal data.

A cottage industry is growing with some companies actively working to change the practice of “stealing” people’s personal travel and shopping info only to make money from them on targeted ads. Their goal is to change the advertising industry in general, in favor of a data model based on using 100 percent consumer-consented and owned data.One cog in the rolling wheel of paying for consumer information is no longer available, however. Social media changes have made it much more difficult to earn money or grow a following as quickly as people previously could.

So, what other alternatives are there for making some extra money? Data monetization is rapidly becoming the future of passive income.

Invisibly’s model lets users control the types of information licensed for marketers to use. But the company so far does not do anything about advertisers and other data scrapping operations to enforce any so-called license violations.

“That is not what we are focused on right now. We are focused purely on you taking control of the data that you have. Essentially, we are releasing a product that allows you to start to filter news and events and product. Things based on your own data are being rolled back,” explained Vaughn.

Expanding the company’s role in protecting licensed user data from clandestine use without payments is beyond Invisibly’s current goal. Vaughn notes that he wishes the company could solve the entire data privacy issue at once. But it is very difficult to stop other companies from using your data, he reiterated.

“They are stalking you all over the web. A privacy guide is on our road map. A lot of people just kind of throw their hands up in the air about exposing their personal data. Our belief is that the way to get people to care is to start getting paid,” Vaughn opined.

Once people start to realize that they can fight back about blatant data theft on line, they will be more interested in the services that Invisibly offers in the future, he added.

Vaughn likened what the company is trying to create to situations professional athletes already have under their control. The company’s privacy policy takes about five minutes to read and is presented in plain language.

In essence, Invisibly functions much like an athlete’s agent. The agents oversee who makes money off the athletes’ likeness in advertising. Invisibly thinks everybody should have that right.

Invisibly’s approach is to get consumers to start controlling their personal data online now. It’s sort of a get in on the ground floor movement.

Start small now and get big returns later. Invisibly hopes within the next two years to enable consumers to earn approximately $1,000 a year for their data.

Currently, you will get a few bucks a month. But soon, that could be approximately $100 in passive income, and this is just from Invisibly.

When you add in the other platforms now starting similar models for licensing personal data, your pot of passive income could earn some larger payouts. What could a couple hundred more dollars a month do for your life?

“We are making it super simple to share and license your data with Invisibly and make money from it. By doing this, you are also helping change the way data is obtained to a 100 percent consumer-consented data model.” Vaughn said.

Jim McKelvey, who previously co-founded Square, started Invisibly backed by Peter Thiel’s Founders Fund. His goal in founding this company is to build a future where consent matters and people come first.

He hopes the system built around a people-first concept sets a new ethical benchmark for every company in the data space. He wants Invisibly to become living proof that a better way is possible.

“It costs exactly $0.00 to register your personal data with Invisibly. The company takes your licensed data to new advertisers.

These new advertisers want to show you relevant ads. But they sign up to pay you for using your personal data to receive their targeted ads.

No one gets your social security number and all your non-public information. The ads makers will only glean those details that might make you want to buy their advertised products, explained Vaughn.

Advertisers who sign up with Invisibly will gladly pay consumers for access to their personal information. They want to show you relevant ads.

“So, if you provide the data that says you shop at Target, primarily, advertisers will pay you for that knowledge. And so that’s where the money comes from, and that’s why we take care of all the hard work, and you get your data, and in return, online you’ll see more relevant ads that are under your control or based on your data,” Vaughn detailed.

Will this strategy to have consumers sell their personal data gain traction? That remains to be seen.

ECT News Network in June polled our audience online for one week, asking “Would you license your personal data to advertising platforms if you were paid directly for it?” Eighty-nine responses yielded these results:

What are your thoughts about selling your personal data to advertisers?