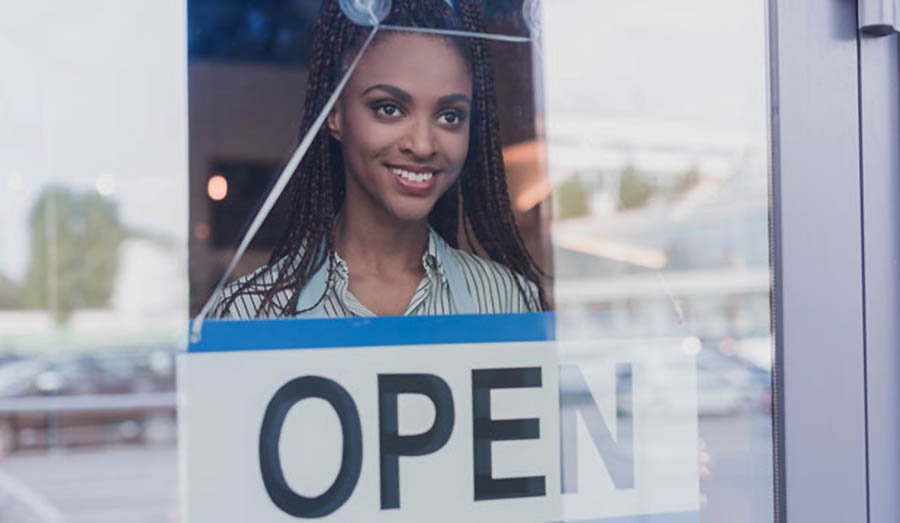 You are young – as in under 30 – are smart, and have financial support. That makes you a great candidate to start your own business and most likely to meet with astounding success. Right?

Do not yet quit your day job! The numbers borne out by ample research say you could be wrong.

So how old should you be when you take that entrepreneurial plunge?

Come back when you are aged 35 or over. By your mid-thirties, you will be in a better position to handle the financial challenges that come with owning your business. By taking the knowledge and skills you have acquired over the years, and applying them to a new professional venture, you are more likely to enjoy success.

Again, that is what the preponderance of research offers. Of course, successful young entrepreneurs challenge that rationale. But still, so many fewer startup businesses led by owners under age 30 belie anything but exceptions to the rule.

Take, for instance, a 2018 study by the Kellogg School of Management at Northwestern University overturns this notion. Based on researching 2.7 million company founders, the best entrepreneurs tend to be middle-aged.

That research showed among the fastest-growing new tech companies, the average founder was 45 years old. The analysis suggested that 50-year-old entrepreneurs are nearly twice as likely to be successful as 30-year-olds.

The Kellogg research, along with more recent studies, tends to negate the common myth that most successful entrepreneurs are younger when they launch their companies. Other studies show that middle-aged business founders — think in terms of 35-to-45 years of age — are two to three times more likely to succeed than those founders under the age of 30.

But one of the newest global surveys on the optimum age for starting a business defies the conventional thinking that older is better when success occurs. It shows that younger millennials — those born between 1981 and 1997, putting them in the 24 to 40 age range — are starting to buck that older age trend for business ownership, according to John DeSimone, president of Herbalife Nutrition.

“When we think about entrepreneurs, we probably imagine people who have been in the workforce for many years, who have honed their craft, and chose to venture out independently. According to a new survey, the surprising news is that people worldwide think the optimum age to start a business is 28 years old,” he told the E-Commerce Times.

Research — particularly the Kellogg-Northwestern University report — pegs the reason for middle-aged founders doing statistically much better is that the founders have more experience in navigating around pitfalls. The report also concluded that older founders may have access to more startup funds. They also may have a larger professional network.

Further evidence from a 2020 Kaufmann Foundation study of 5,000 start-ups shows the firms that survived after four years had a primary owner older than 45.

Yes, there are obvious exceptions such as Steve Jobs, who launched Apple in his 20s, and Mark Zuckerberg, who launched Facebook as a youthful college student. But the research overwhelmingly shows such wild successes are clearly anomalies.

Of course, starting a business at any age is a dauntless challenge. But the numbers confirm that those who have runaway success at exceptionally young ages are blessed with unusual talent, a hefty measure of smarts, and an uncanny insight into business and technology.

A recent survey commissioned by Herbalife and conducted by OnePoll produced what DeSimone called “surprising results.” Herbalife Nutrition surveyed more than 25,000 people, ages 18 to 40, across 35 countries.

Of the respondents interested in starting a business, 51 percent worry they will not be taken seriously because of their age. But they also see their youth as a positive factor. Half of the global entrepreneurial hopefuls said their age would increase their chances of success, reported De Simone.

“This information may defy common small business owner stereotypes, but makes sense when you understand that millennials are a lot different than previous generations and have the ingredients that make leaving a 9-to-5 job an intelligent decision,” he said.

The survey also found that younger respondents are less likely to be supporting a family or have mortgage payments. This enables a more adventurous and explorative approach to be their own boss, added DeSimone.

“This desire was the top motivating factor reported by respondents who desired an entrepreneurial career followed by the ability to follow their passion. And that passion is important, as we have found with our independent distributors who have started a nutrition business,” he said.

Nearly 75 percent of respondents in the survey report that they dream of becoming an entrepreneur. That statistic underscores how enticing the ability to be a boss is and the freedom to set your hours.

Of those U.S. respondents who have been employed previously who are now interested in entrepreneurship, over 60 percent said one of the reasons was that they are tired of being told no by older employees and managers. One-third sought more flexibility in their job.

Other survey responses in the Herbalife research revealed that technology literacy matters. Millennials see themselves as having an upper hand in that regard.

One of the advantages that younger entrepreneurs possess, according to the survey, is their tech smarts, said DeSimone.

Building a business is a lot harder than it may appear to the young entrepreneur, according to James Crawford, co-founder of DealDrop. It may look easy if you read about successful businesses and entrepreneurs in the media, but it is very different in reality.

“Young people do have wonderful ideas. That cannot be doubted. They have their fingers on the pulse and are ideally placed to pick up on new trends and fashions. Even the most basic of education systems now prepares them for a life working with technology,” he told the E-Commerce Times.

To build a successful business is a full-time commitment that needs personal dedication solely to building your business with no time reserved for anything else for a considerable stretch of time. Younger people usually have interests outside of work, raising a family for instance, and these duties cannot be avoided, said Crawford.

“There is much to learn in running your business. Previous experience will be of great benefit as you attempt to launch. A young person will not have this experience and will either have to learn on the job or seek advice and help from outside sources,” he cautioned.

Young people have in the past proved that they can successfully launch a business. These, however, appear to be the exception.

“It is difficult to argue with the results of the surveys which found the optimum age to be between 35 and 50, although I would veer towards the lower end of the scale. By our thirties, most of us have settled down to a relatively secure family life and have gained valuable experience. We still have that thirst for adventure and are prepared to take controlled risks,” he advised.

The Herbalife research suggests that younger respondents have a much different view of surviving a business start-up today. De Simone gives that altered view some credence.

“It is a realistic view, with 29 percent of those respondents who want to open a business saying they are less afraid to fail than other generations. As the survey uncovered, younger respondents are less likely to be supporting a family or have mortgage payments, enabling a more adventurous and explorative approach to being their own boss,” he countered.

This desire was the top motivating factor reported by respondents who desired an entrepreneurial career followed by the ability to follow their passion. That passion is important, he added, as reflected in his own company’s independent distributors who have started a nutrition business.

In this transition time into a post-pandemic business world, working from home may have affected young entrepreneurs’ openness to starting their own business in the short term, observed DeSimone.

For example, 60 percent of younger adults in the U.S. reported that they are “sheltering in the job” or staying put in their current job for the moment, he noted.

The survey also showed that the desire for entrepreneurship does not mean respondents are jumping into it. The average survey respondents said they believe someone should have five-and-one-half years of experience before starting their own business, according to DeSimone.

“Americans were a bit more cautious, recommending seven years of experience,” he added.

Rankin has worked with hundreds of people in the Online Business Lift-Off program teaching careers/caregivers and people 50+ how to start their own online business. She observed four key things needed to start a business successfully.

“A willingness to help people solve problems they want solved with solutions that work for the customer and not just the solutions you want to sell them,” is the top of her list, Rankin told the E-Commerce Times, adding that this is the opposite of the philosophy that states: build it and they will come.

Second, successful startup owners need sheer persistence. She even goes so far to say “stubbornness” because you have to be willing to keep going even when people around you are saying “why bother?”

The third is a learning mindset accompanied by a willingness to try stuff, learn from what didn’t work, then try again.

“All too often we call that ‘failure,’ when we should really be calling it ‘research,'” she said.

Perhaps the most important necessity is the very thing that can only elude potential successful startup owners. They need to draw from their life experience in dealing with hard things so other people can solve their challenges with your help and guidance.