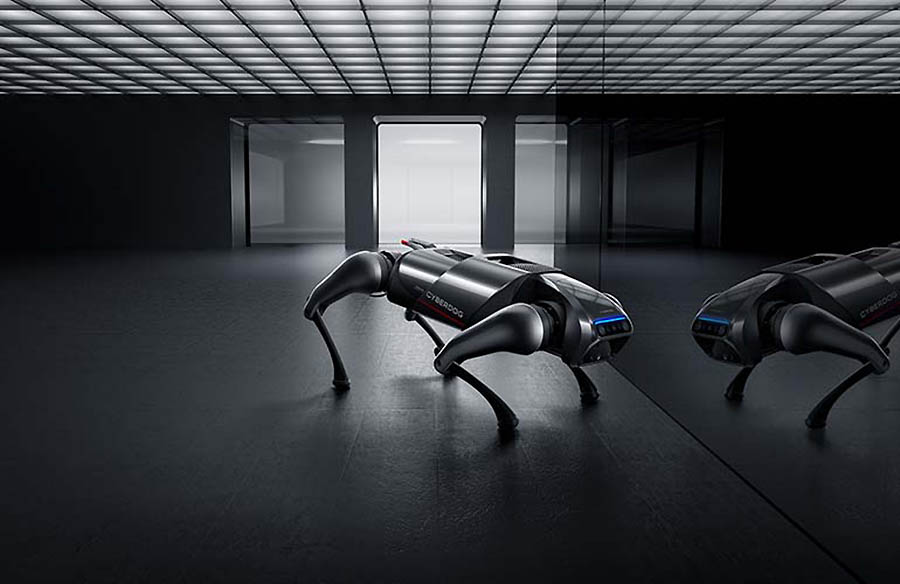 Xiaomi announced the release of a new quadruped robot called CyberDog. The product is designed to meet the requirements of research engineers and hobbyists who want to develop code and applications for a quadruped robot, but don’t want to pay for a platform like the Boston Dynamics Spot robot (about 1/10th of the cost of Spot). CyberDog is Xiaomi’s first foray into quadruped robotics. The company is hoping that CyberDog fills an important niche in the open source community, while it learns how to develop, manufacture and support a robotic device.

If CyberDog looks interesting, you need to act quickly to get your hands on one. Xiaomi is releasing the first 1,000 units of CyberDog at a cost of ~$1450 (RMB 9,999). The company is also setting up the “Xiaomi Open Source Community” to constantly share progress and results with developers around the world. This will be the self-help community that will support developers. It is interesting that CyberDog is about the cost of a new (high end) smartphone.

There’s no word on whether this will become a publicly available solution from Xiaomi or what the final street price might be if it does. It is, however, one of the most affordable quadruped robots to be offered from a major supplier. 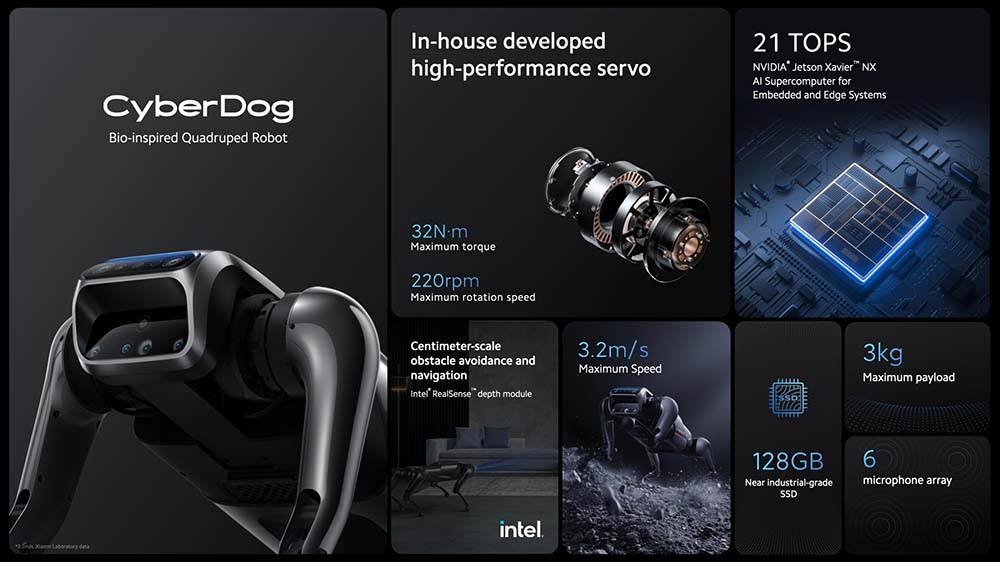 The Xiaomi CyberDog has an impressive feature set. | Image credit:Xiaomi

CyberDog can sense its world

CyberDog has a rich set of features that will provide developers with a solid platform for developing new applications and pushing the limits for navigation and operations. Its central computer is built around the Nvidia Jetson Xavier NX module, which packs 384 CUDA cores, 48 Tensor cores, six Carmel CPU cores, and two cores dedicated to deep learning. The Jetson processes data from CyberDog’s eleven onboard sensors.

The sensor package includes an Intel RealSense D455 depth sensor for object tracking and obstacle avoidance, along with 6 microphones. The robot is capable of moving up to 3.2m/s (~7 mph). CyberDog includes three USB-C ports and one HDMI port, for developers to connect external sensor packages. This might include LiDAR sensors, additional cameras, or other environmental sensors.

This isn’t the first foray by Xiaomi into consumer products beyond cell phones. The company also sells electric scooters, ionic hair dryers, carry on luggage and home security cameras. However, there currently isn’t anyway to order a CyberDog from the website. You’ll need to follow their blog for more info.