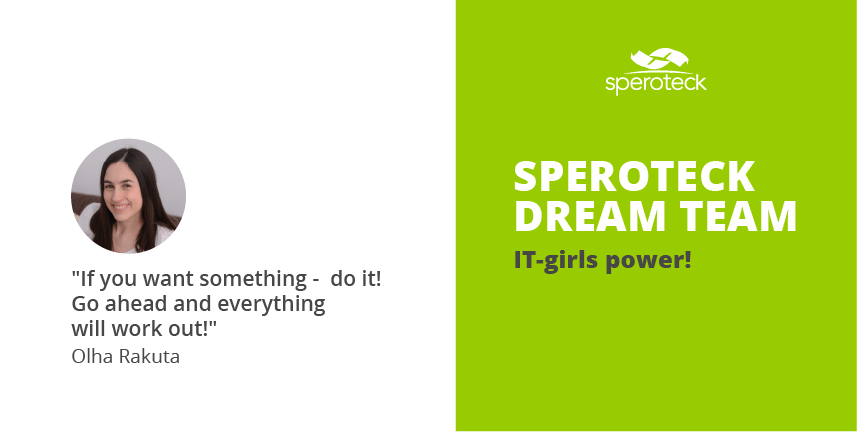 Each employee of an IT company has got a story to tell of the path to mastering a new profession, and our developer Olya Rakuta is not an exception.

Being a philologist by education, she found herself in web development. What efforts Olya made on the way to the profession, what fears accompanied her – she shared with us in this article and we are very grateful for that.

“I got into the IT field while studying at the university in the 3rd year. Then, as a student of the Faculty of Philology, I went to the position of contact center operator (something like the first line of support), there I communicated with customers and helped engineers of technical support, the sales and development department, etc.

In this position, I had the opportunity to communicate with colleagues from different departments, learn more about the IT world and who you can be in it. That was a moment I realized that I wanted to continue working in this field.

After graduating from the university, I had to decide more precisely in what direction I want to develop my career. Since I am a person with a mathematical mindset (although a philologist), technical specialties are closer to me, so after analyzing the main areas, I realized that I like web development the most and started to study it.

I used various resources: sites with tasks such as w3schools, videos on YouTube, online books. After some time, I found front-end development courses at Beetroot Academy and attended them.

After graduation, I continued to improve what I had not mastered during the course. Later, Lena Kulyk became my mentor and also gave me tasks, checked the execution, and explained.

During my training as a developer, there was always one fear: that I, a philologist by education, would not be able to cope with a technical specialty. But the longer I was engaged in development, the more confident I became in my abilities.

My family and friends always supported me, no matter what path I chose for myself. They were always there to listen and give advice.

The support of my boyfriend was especially important. He encouraged me to continue, to go forward, every time I was having a hard time, because the further it went, the more interesting it became. And he was right.

At the very beginning, it was difficult to get used to the number of things that needed to be mastered, because as a full-stack developer, I learned both front-end and back-end. It was necessary to learn and understand the platform, continue to develop programming skills, and familiarize yourself with the features of online commerce.

It seemed that everything was too much. But over time, I gradually got used to it and everything got better, new knowledge formed in my head into a structure, and new skills increasingly helped to perform work effectively. And my first team, Lena Kulyk, Vlad Timko, Oleksiy Besarab, showed me an ideal example of teamwork: effective communication, everyone is very responsible for their work and loves it, works for results and is ready to help at any time, answers any question, explains everything. 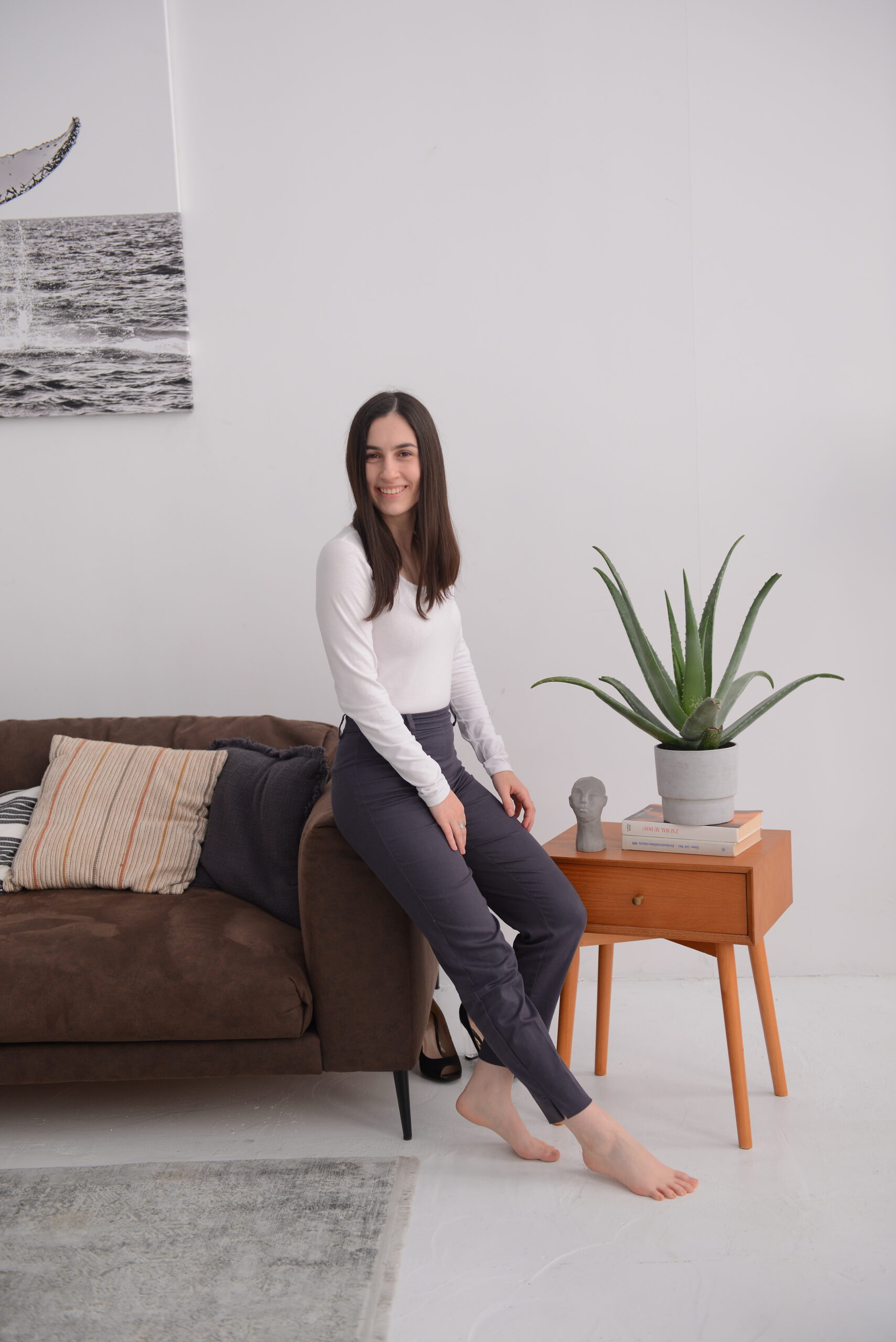 I remembered an incident at the interview at a previous company: I was asked if I had a boyfriend and if I was going to get married. Then I simply answered as it is. But later I asked my colleagues if they had similar questions and the female colleagues said that they were asked the same question, while the male colleagues were not asked such questions.

In our company, I have not had a single case where I was treated in a biased way because of my gender, even though I occupy a position that is considered masculine (according to statistics in Ukraine, 95% of developers are men). Work always plays a very important role for me. But I also want to develop other areas of my life. So, I always find time for myself and my hobbies, as well as for my loved ones.

For those who are starting their journey in IT, I have only one piece of advice: if you want something, do it, ignore stereotypes, fears, apprehensions, go ahead and everything will work out!”